Home Sport “I’m not sure if Iheanacho’s penalty against Man City was deserved” –...

Leicester City goalkeeper, Kasper Schmeichel has said he isn’t quite sure if the referee was right to hand his teammate, Kelechi Iheanacho a penalty against Manchester City in Saturday’s Community Shield game.

Recall that Man City defender, Nathan Ake was robbed of the ball by Kelechi Iheanacho at the edge of the box and he ended up fouling the attacker inside the danger zone. 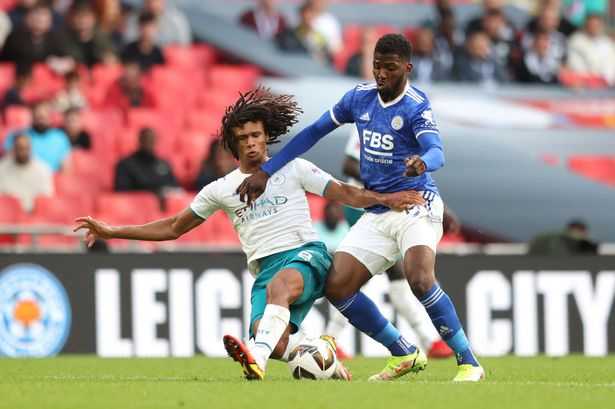 Referee Paul Tierney then blew his whistle and pointed to the spot where Iheanacho rose to the occasion and scored the winner, to earn Leicester City their first trophy of the new campaign.

“I am not sure about the [penalty] ruling, but I am biased towards goalkeepers. We get the chance and their goalkeeper makes the save, but then there is the penalty, so you are getting two chances, two bites of the cherry almost,” Schmeichel told the Leicester Mercury.

“I feel for their keeper, he has made a great save, but that is secondary, winning is the most important thing for us,” he added.