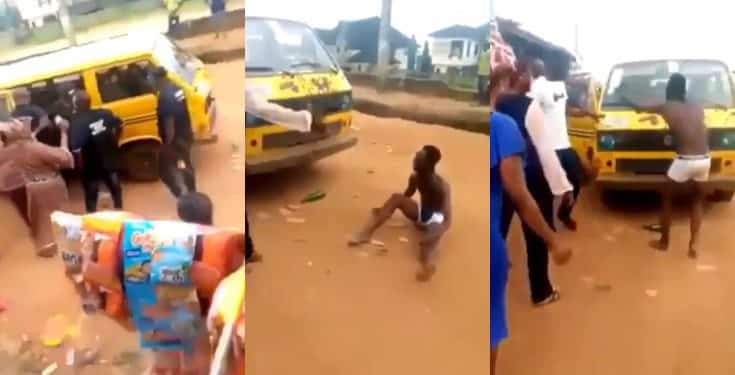 Ikorodu residents squared up to some operatives of the Special Anti-Robbery Squad (SARS) over an alleged illegal arrest in the neighborhood.

The SARS officers were reportedly in the Lagos community to arrest a young man they accused of being a yahoo boy (internet fraudster).

They were however stopped and quickly drove out after residents of the area trooped out shouting ‘ole’ (thief).

Here is a video from the scene of the incident below;