Home Entertainment News ‘If your man cheats on you, go for his father’ – Bobrisky...

Nigerian cross dresser, Idris Okuneye popularly know as Bobrisky has taken to his social media pager of over 1.7million followers to advice girls on what to do after their boyfriends cheat on them. 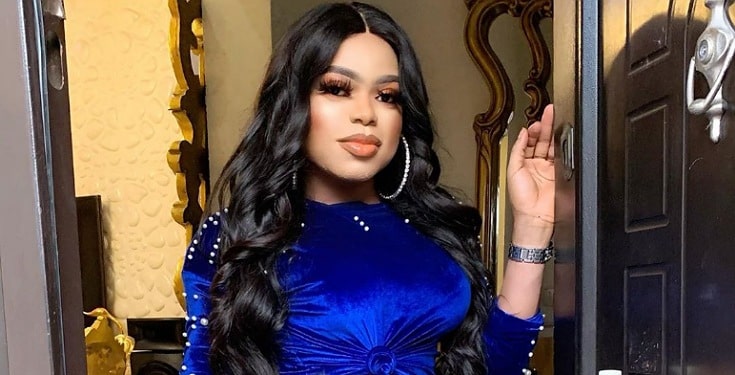 According to the Yoruba born bleaching expert, Ladies should go for their boyfriend’s father or rich uncle if he cheats on them.
He wrote:

“Girls if ur boyfriend cheat on u with another girl. Pls don’t fight him, slay hard and f**k his father or one of his rich UNCLE. I guess that will hurt him more . I don’t have time for rubbish. Make sure his uncle send him errand in your presence”

As a shepherd who leads by example, he went on to tell his own personal story of how he treated his ex.