Home Entertainment News I once had to sleep under the bridge – Victor AD shares...

Victor Adere, popularly known as Victor AD, has narrated the hardship he suffered when he first came into Lagos in search of greener pastures.

Advising his followers to keep working hard and hoping, the Wetin We Gain singer wrote:

I remember watching movies of people who made it in less than 3hrs. I been feel say if my own long well well e no go pass 24hrs! So I took my bag and I came to Lagos and ended up under Obalende Bridge for 3days. I never knew that those stories where summarized to motivate us, Bros! it may take you more than 30yrs to achieve what you saw in that movie but don’t ever think of giving up #prayforgracemagee 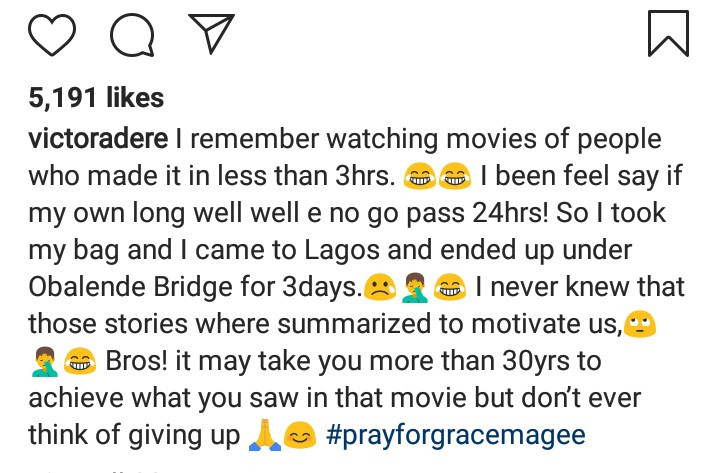