Media personality Toke Makinwa is no stranger to the news as the OAP has again caused a mini stir online. 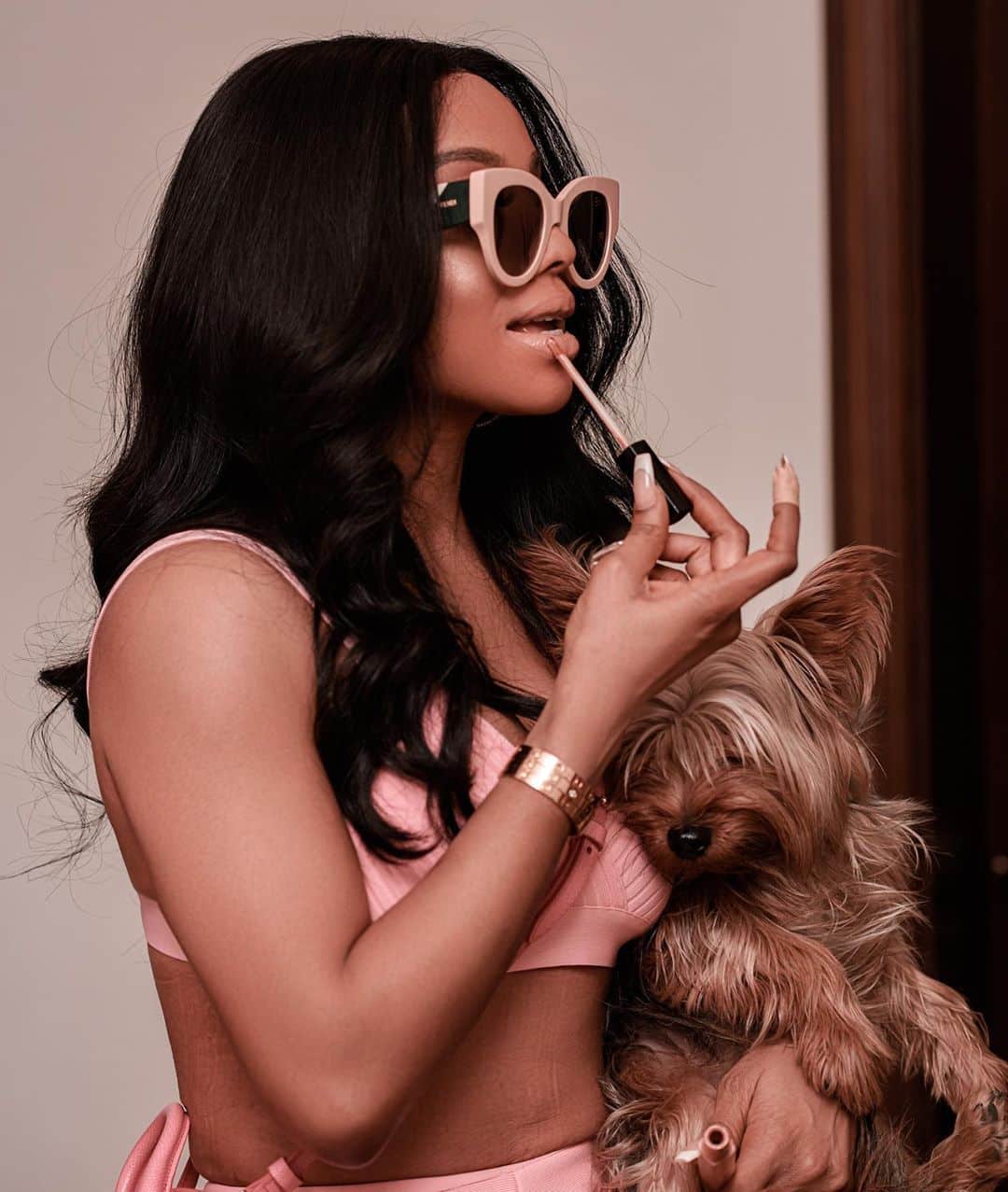 Toke, who was the topic of discussion on social media yesterday after she tweeted her opinion about men who cheat on their women, has again taken to Twitter to bare her mind.

According to Toke in her post, she loves her dog more than she loves humans.

”Love my pup more than I love humans.” 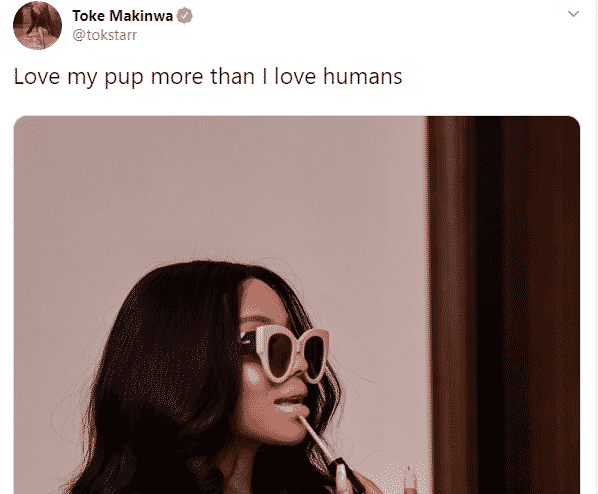 ”Babe get your mind right please. Humans may not be loyal a 100%. But pups are loyal and wont replace the need of humans in your life.”