Days after ace singer, 9ice announced his wedding to one of his baby mamas, his estranged wife, Toni Payne has revealed that she takes up the entire welfare of their son, Zion. 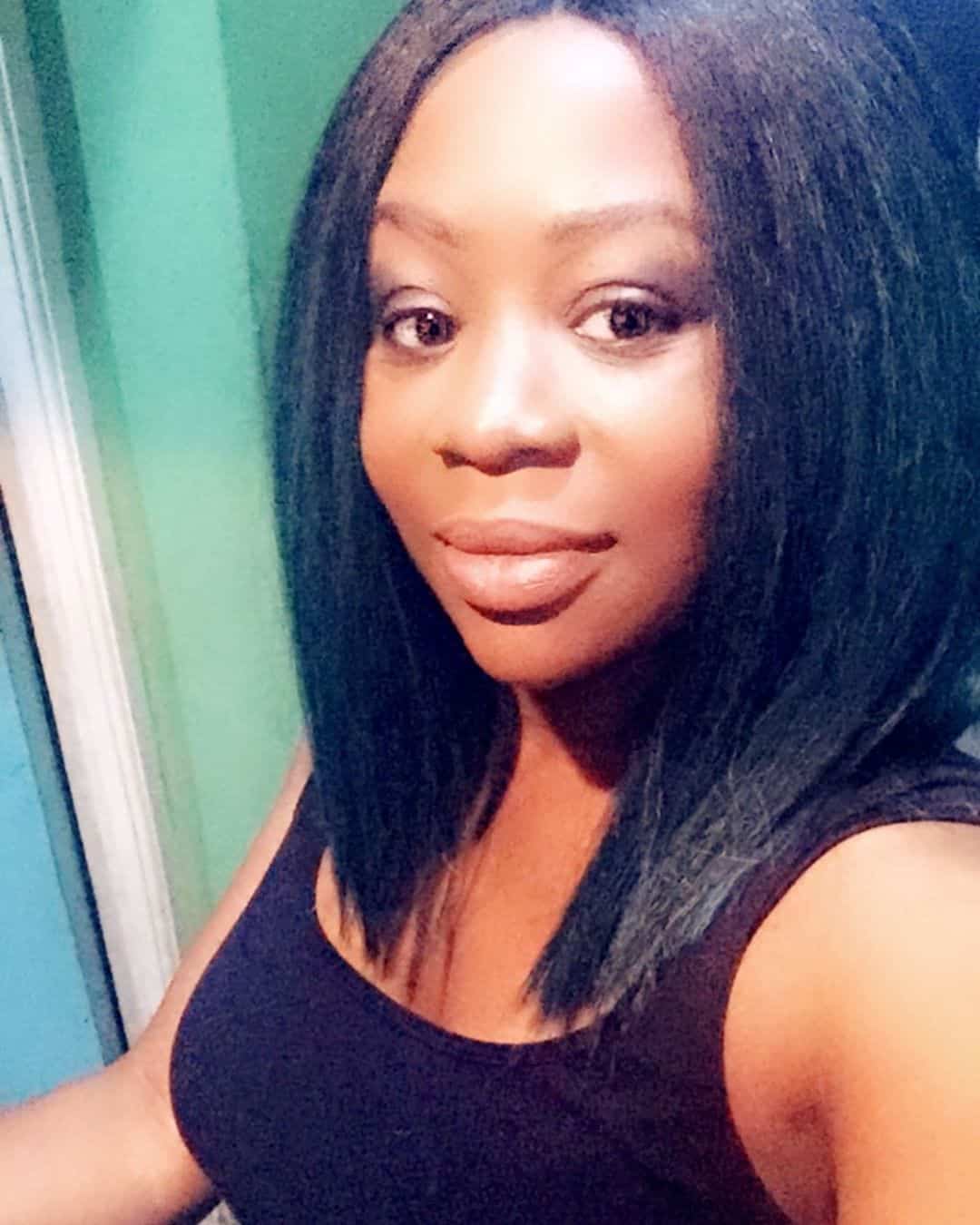 Payne made the revelation in an Instagram post, while felicitating with her followers, in celebration of Christmas.

According to her, there was a time she had nowhere to go with Zion, since the co-producer of the baby was not forthcoming in supporting with the welfare of their son. 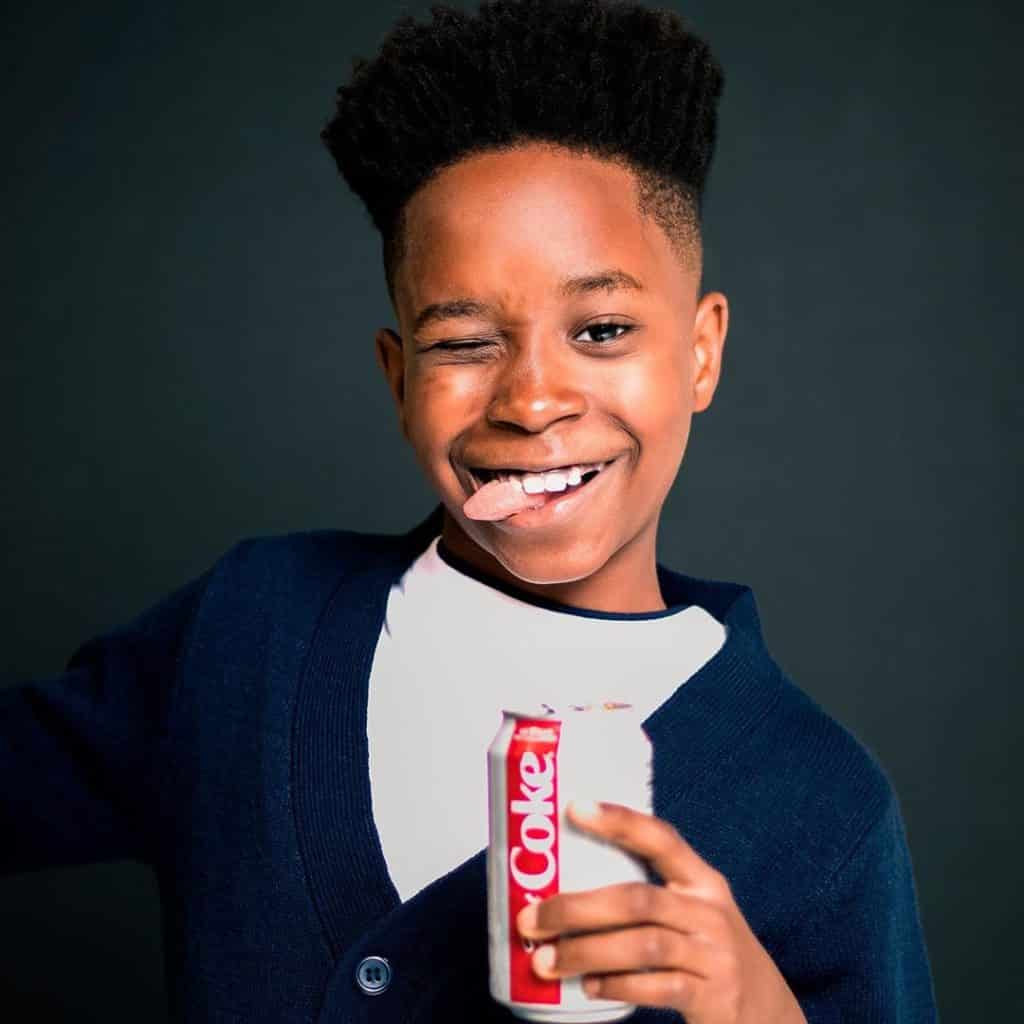 Stating that she knows how difficult it is to take up both responsibility of being a father and mother at the same time, Payne showered praises on other single parents.

See the screenshot below; 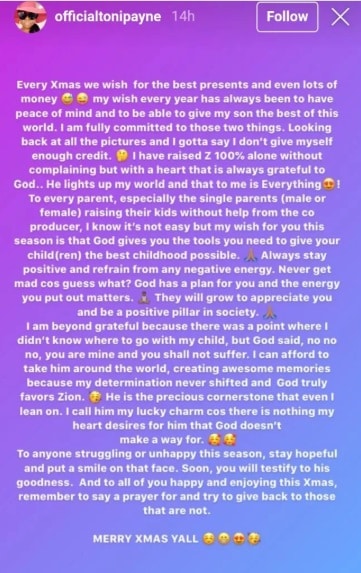