Nigerian shot put athlete, Chukwuebuka Enekwechi, has denied collecting $1,000 to pull down his TikTok video, where he was washing his jersey before the final of his event at the Tokyo 2020 Olympic Games. 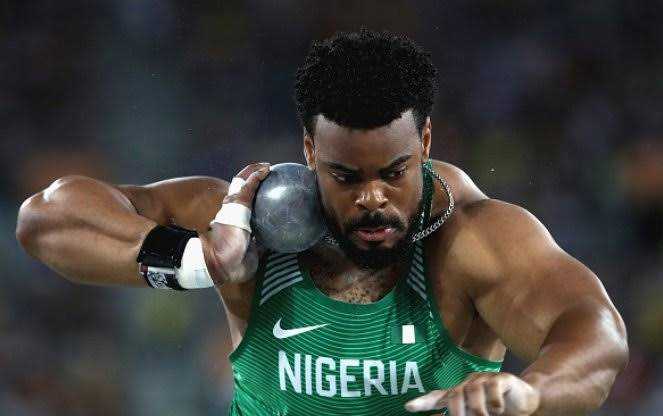 Enekwechi made the denial in a video he made and realeased on Tuesday.

Vice President of the Ibrahim Gusau-led Athletics Federation of Nigeria, Sunday Adeleye, had alleged in an interview on Arise TV that Enekwechi was given $1,000 to remove the now-deleted video.

Enekwechi said the video he made was taken out of context by people who wanted to score a political point.

“It’s come to my attention that a TikTok video that I made has got negative attention and is being used as a political ammunition towards our current minister (of Youth and Sports Development).

“That was never the intention, context is being put on it that I did not intend, it was simply me being an Olympic finalist doing a mundane task, take a look at the camera and try and give a comical expression,” Enekwechi said.

“And my meeting with the minister was just an introduction and me explaining who I am and what I was intending on doing. But I had taken the video down before I even met with him.

“This is from my own mouth, I am not under any duress, nobody owes me money, nobody can buy and nobody can intimidate me also. So, please don’t use me as a political pawn and I demand an apology for trying to slander me and trying to use me for something you intend on doing.”