A Nigerian lady, Jasmine Esset has taken to her Twitter handle to voice her disgust over a trending proposal photograph.

The photo in question showed a guy with long nails and a lady wearing an engagement ring. 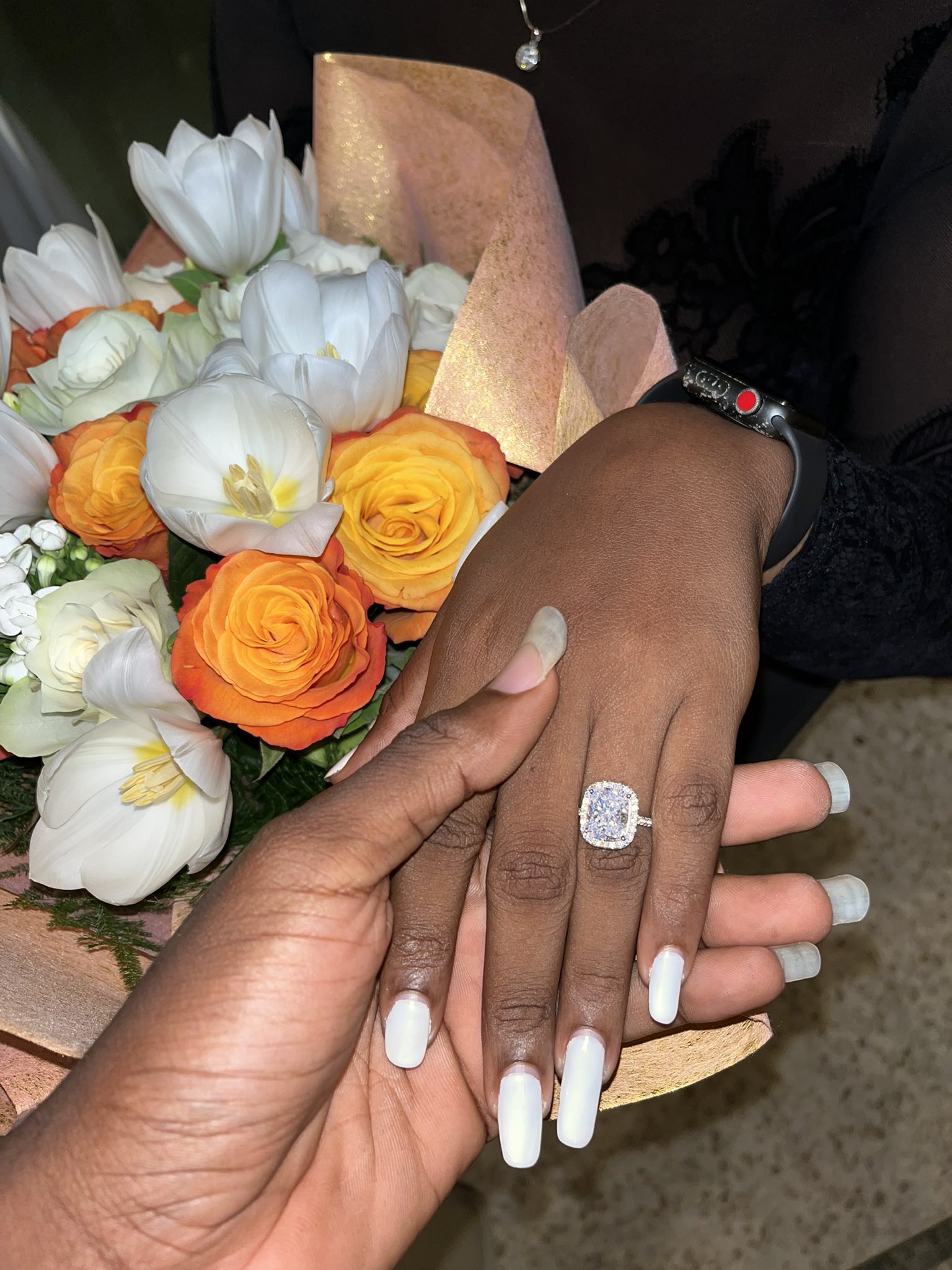 According to her, she would never agree to marry a man with that length of nails because it disgusts and irritates her.

Supporting Augusta, another Twitter user, O_Milany stated that as far as the nails are clean and maintained well, then it’s cool to keep.