Home Viral News “I can confidently say we don’t have a president” – Apostle Johnson...

Popular Nigerian clergyman, Apostle Johnson Suleman has said that he is confident Nigeria does not have a President. 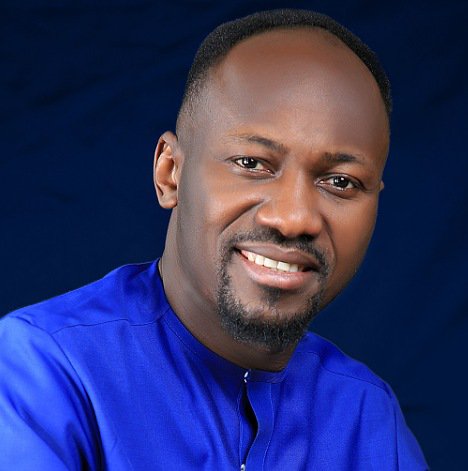 His assertion is based on Buhari’s refusal to address the nation two days after a bloody Tuesday night at the Lekki toll gate.

Recall we reported that some soldier unlawfully shot and killed some #EndSARS protesters at Lekki toll gate on Tuesday.

Taking to his Twitter handle this morning, the clergy man tweeted;

‘‘In sane climes,the president by now would had gotten the contacts of the victims families and reached out to them personally. but 48hrs after a black tuesday, President Buhari hasn’t even addressed the nation.h e hasn’t come out to condemn it. I can confidently say we dont have a president.
Lord help us..” 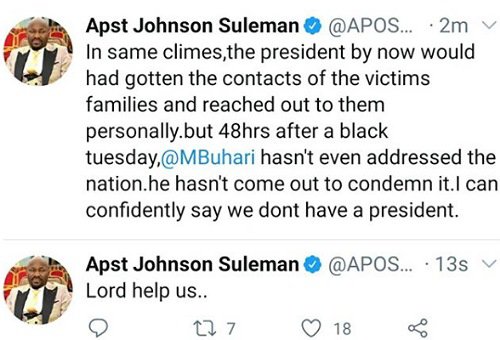