Popular Nigerian singer, Davido is currently the talk of all on social media and his recently held music concert at Eko Energy City has a lot to do with it. The show which was sold out, had Davido giving out his all in the performance. 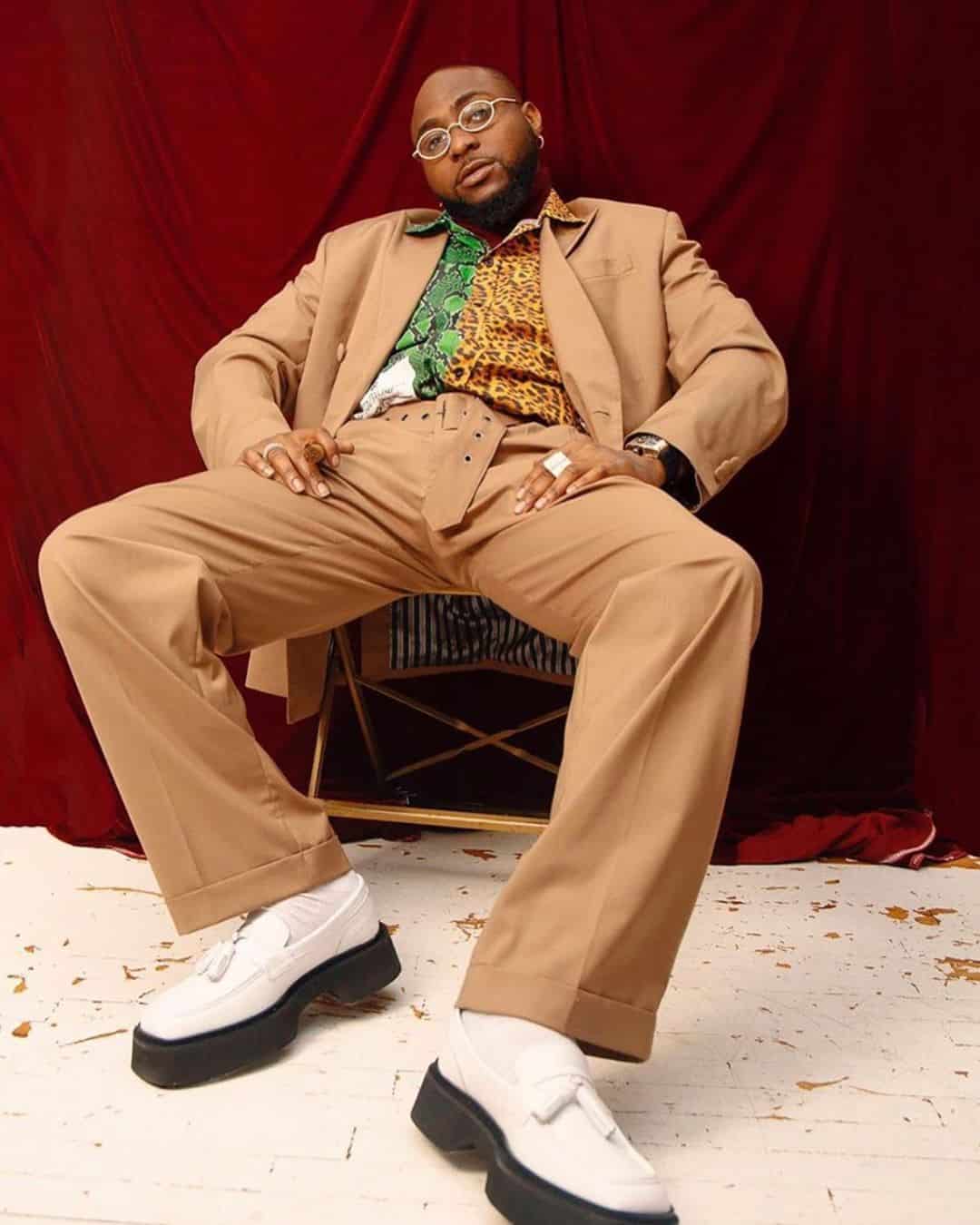 The singer who left fans enthralled, not only made his fans proud but his father as well. The singer recently took to his Instastory to share a screenshot of the loving message his billionaire dad sent to him.

In the message, the father expressed how proud he was of the singer and how much he loved him. He commended him for a job well done at the concert and stated he was always going to pray for him. 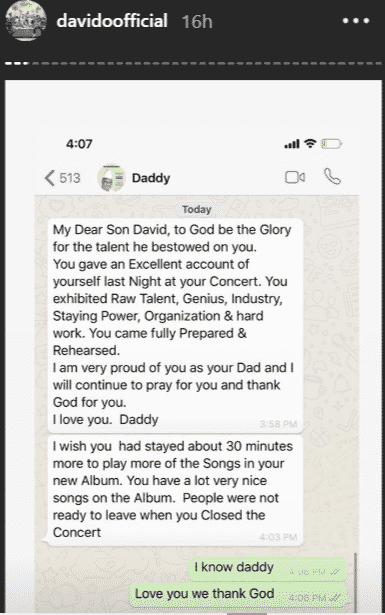