Home Viral News “I advised her to leave the relationship” – Man narrates how he...

There are three people you can’t advise: a man with money, a woman in love and some old people following a prophet; a Twitter user @Bozman opined after reading a story of how a young man became the enemy in his cousin’s relationship. 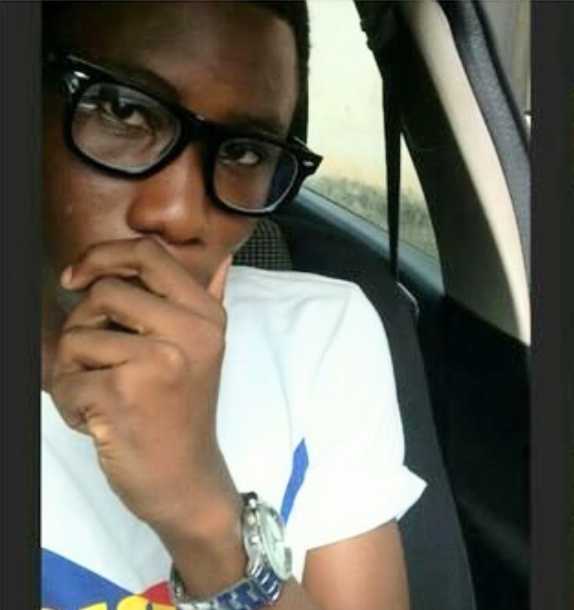 Narrating the ordeal on the micro-blogging platform, the young man with the handle @unclebayotics recounted how he repeatedly advised his cousin to cut ties with her abusive boyfriend.

He said his cousin had passed through physical abuse that got her admitted into a hospital at one time.

To his surprise he said, his cousin who secretly financed the guy’s education went ahead to accept his proposal amid the domestic abuse.

Most worrisome, he turned the enemy as his cousin blocked him from ever contacting her.

In his words: “My cousin has been dating this guy and has been getting physically abused for close to a year now. Sometimes last year, he beat her so much that she had to do a minor surgery.

“The matter even got so big that her parents involved the police. I paid her a visit in the hospital then and I remember repeatedly telling her to leave this guy that abusive partners never change. I wonder what she even see in the guy cos not like the guy is even rich or something. She’s even the one currently funding his masters in OAU.

“I begged her to cut ties with him whenever they met because her life is worth more than any relationship and she agreed. Fast forward to yesterday, I checked her friend’s IG story and I saw a video of the guy proposing to her. She said yes.

“I quickly wanted to text her to ask what was happening and why she even went back to the same guy and I noticed she blocked me already. Why are women like this?” 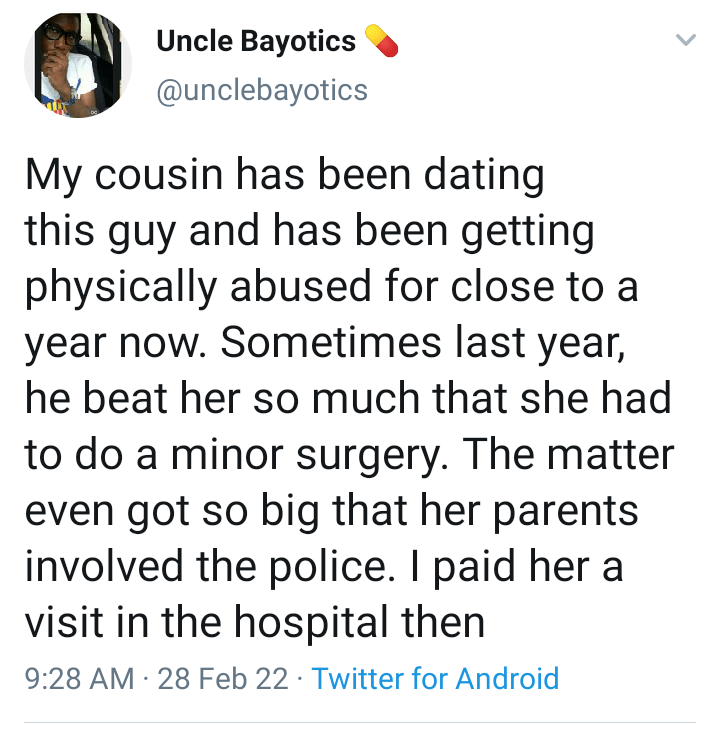 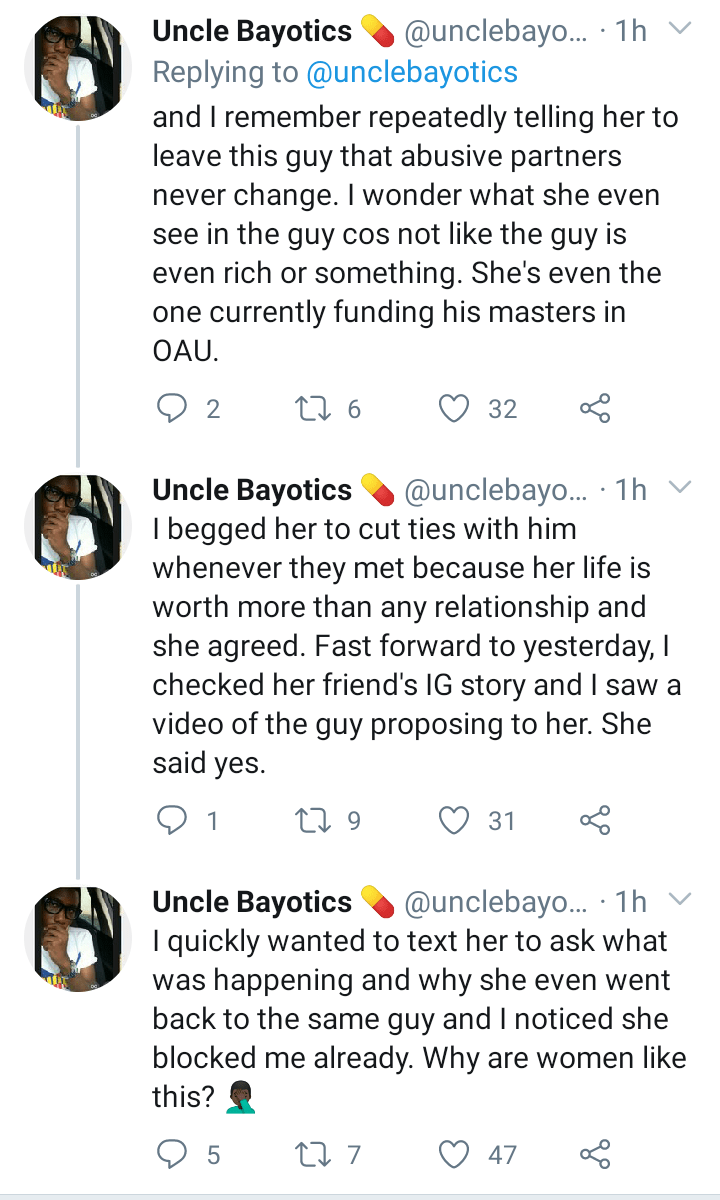 “Since she do yansh, she no allow us hear word again” – Ladies shade...

“What did I do to deserve this” – Man weeps bitterly after finding out...