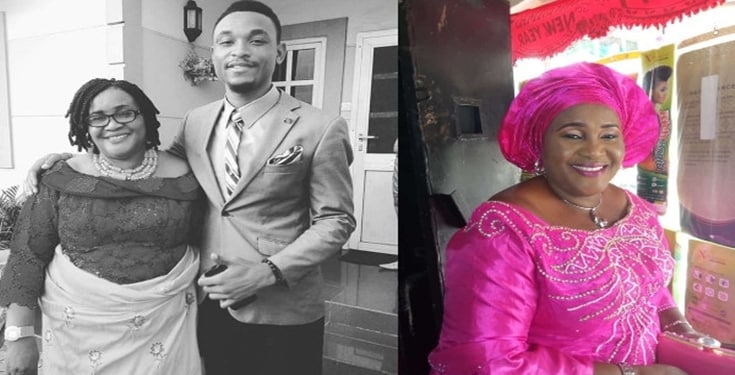 A Nigerian man shared a heart-wrenching account of his mum’s death, 7 days after he launched a search campaign for her on Twitter.

@lloydifyd had raised an alarm of his mum Rev Mrs Stella Nwanjah, being kidnapped by 4 armed men in Rumuigbo area of Rivers State on August 1.

However giving an update on the search for his kidnapped mum, the distraught man revealed that she was shot in the face after a ransom of N20m was not paid.

Read his emotional tweets below; 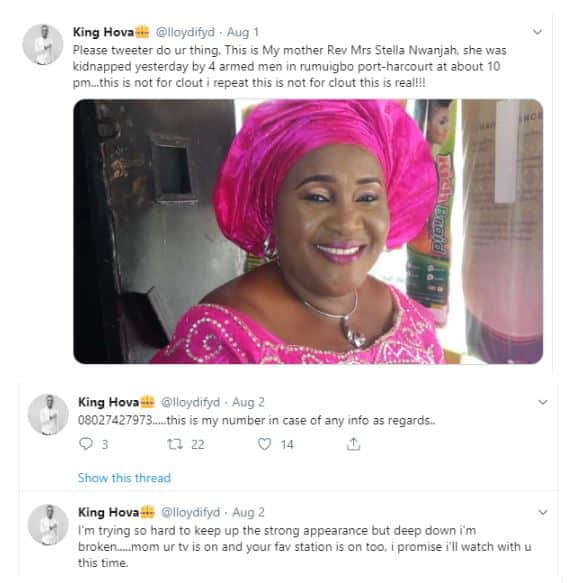 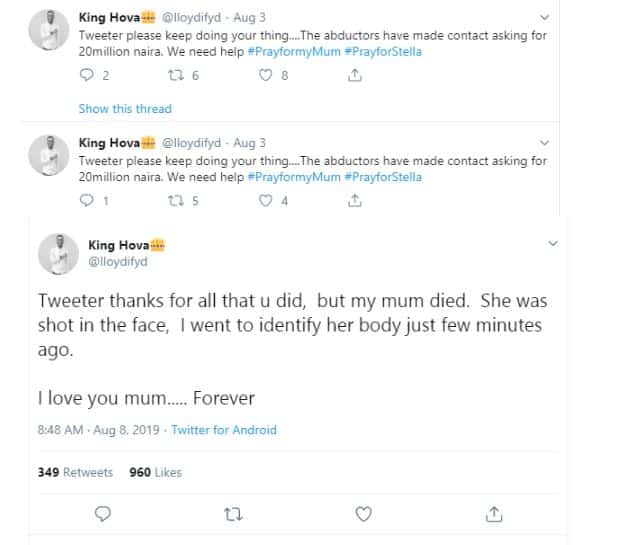