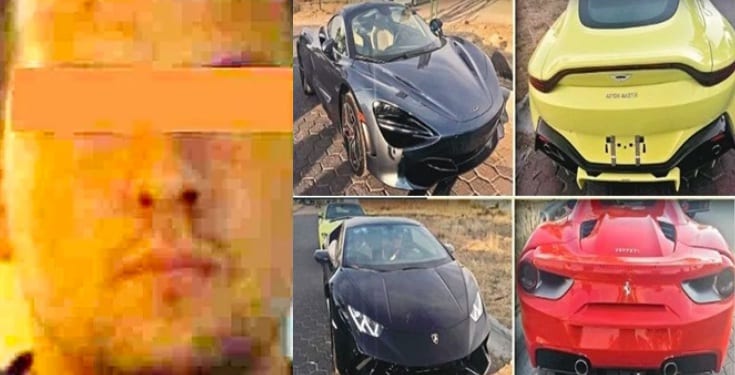 Eight suspected members of a gang of financial hackers that stole hundreds of millions if not billions of pesos from Mexican banks, have arrested in León, Guanajuato.

Federal authorities also seized 27 luxury vehicles, motorcycles, more than $1 million in cash, drugs, weapons, a Federal Police uniform, computers and mobile telephones during raids carried out at 11 properties in the city on Wednesday.

The operation involved the simultaneous execution of multiple search and arrest warrants. Six men and two women were arrested during the operation.

Among the people detained was a man identified as Héctor Ortiz Solares (pictured), who is believed to be the leader of the hacking group known as Bandidos Revolution Team.

Authorities said that Ortiz – aka El H-1, El Patrón and El Bandido Boss – was the chief logistics operator of the organization. He and the other suspected gang members allegedly recruited tech experts to facilitate their criminal activities.

Ortiz’s personal illicit income is estimated to have been between $2.6 million to $5.2 million per month, and according to authorities, he was planning to buy a professional, third-division soccer team.

During the past five years, the hacking group is alleged to have used malware to infiltrate banks’ electronic interbank payment systems, known in Mexico as the SPEI.

Once inside a bank’s system, the hackers would make unauthorized withdrawals and deposit the funds in the accounts of third parties.

The criminals also hacked into systems that controlled bank ATMs after which they would infect them with viruses that allowed them to program large, unauthorized withdrawals.

The eight people arrested are not responsible for a cyber-attack last year that cost $15.6 million.