Home Viral News Groom plays video of cheating bride in bed with her brother-in-law on...

A groom has played a video of his bride apparently cheating on him with her brother-in-law during their wedding. The footage, which has gone viral in China, was shown on a big screen in front of family and friends. 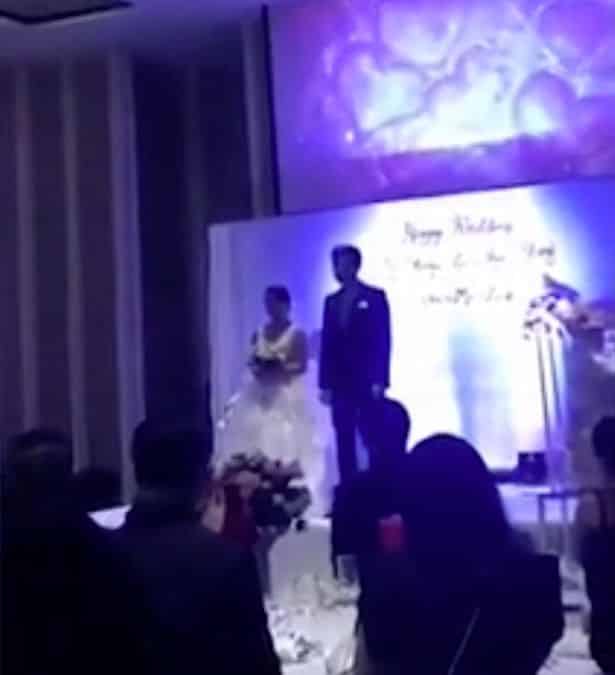 According to online reports, the groom discovered his fiancée had an affair with her pregnant sister’s husband.

The wedding reportedly took place in the province of Fujian in south-eastern China last Thursday – but there have been claims the whole incident is a marketing ploy.

One clip shows the couple walking down the aisle and then standing on a stage at their wedding banquet.

Seconds later, an X-rated video starts playing from the projector, before the the groom tells the bride: “You thought I didn’t know?”

The woman then throws her bouquet at her partner.

Shortly after, they are separated by their family and friends, Mail Online reports.

Other two clips are explicit films said to be of the bride and her brother-in-law. 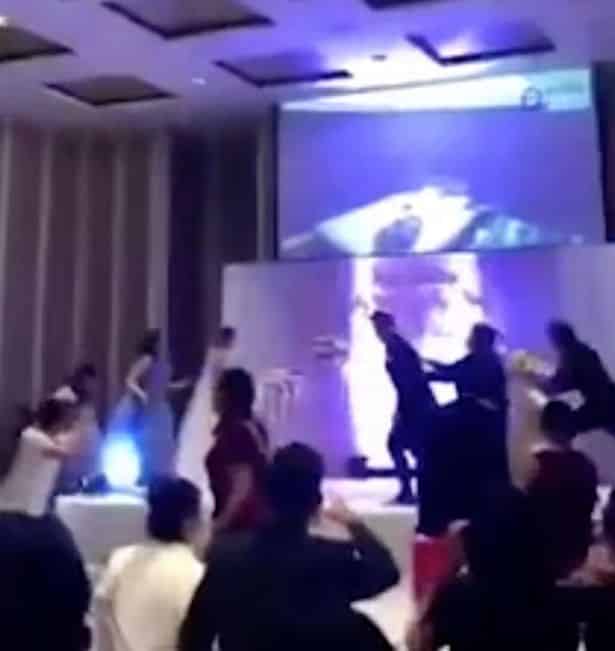 Chinese media reported that the couple had been in a relationship for two years and got engaged six months ago.

It is said that the groom found out about his bride’s affair after installing a security camera in their future home during a renovation project.

An influential Chinese blogger claimed that the bride cheated on the man after suffering from domestic violence from him.

She allegedly agreed to marry him after he had promised to pay for a flat and a car for their union.