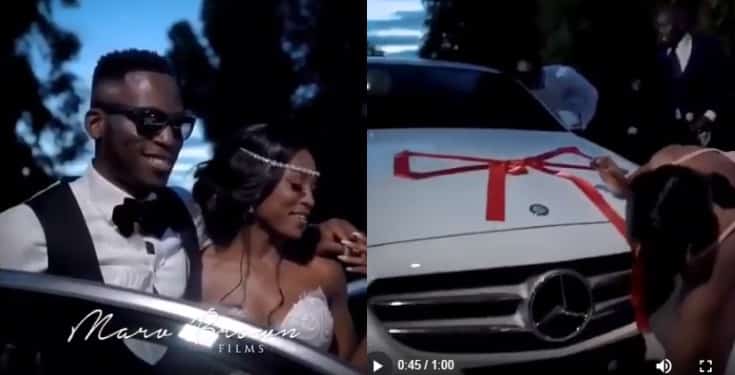 A video making rounds on social media shows the moment a groom gifted his beautiful bride with a brand new Mercedes Benz on their wedding day.

In the video, the groom and his men can be seen dancing in front of the bride who was seated at their wedding reception.

As the dance reached the climax, the bride was dazed after he saw her man dangling a car key in front of her.

This prompted the wedding guests to step outside to catch a glimpse of the ride which was covered with a red wrapper.

Unwrapping the package revealed a white Mercedes Benz which made the bridesmaids giggle in excitement.