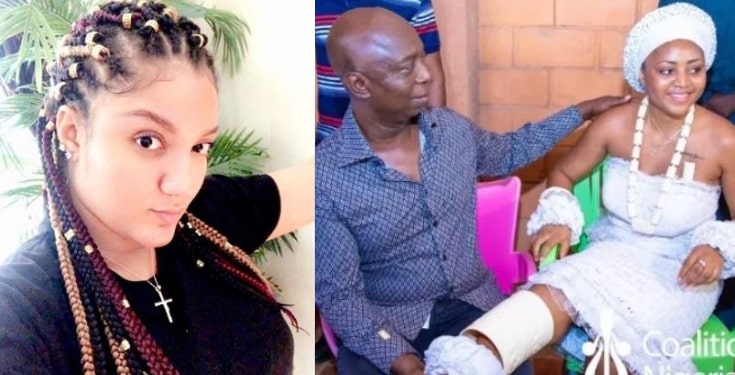 The beautiful mother of one praised her for paying the huge sacrifice and becoming the ‘white sheep’ of her family.

Gifty also revealed that she has been in the actress’ position in the past so she understands how it must feel. The former BBNaija also consoled Regina with the popular saying that ‘age is nothing but a number’.

Even more, Gifty praised Regina Daniels’ mom and clearly stated that the older woman was doing what was best for her daughter. 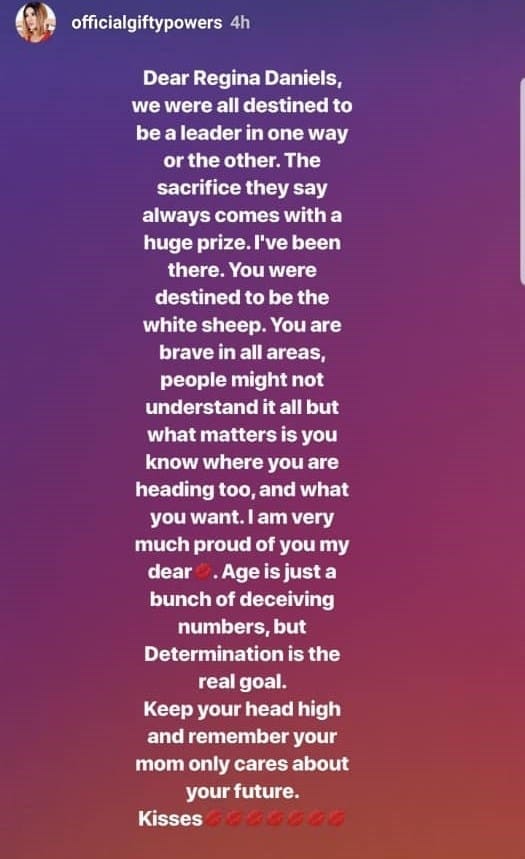