A large fire broke out on Wednesday evening at a market in the emirate of Ajman in the United Arab Emirates, according to local media reports and a source present at the scene. 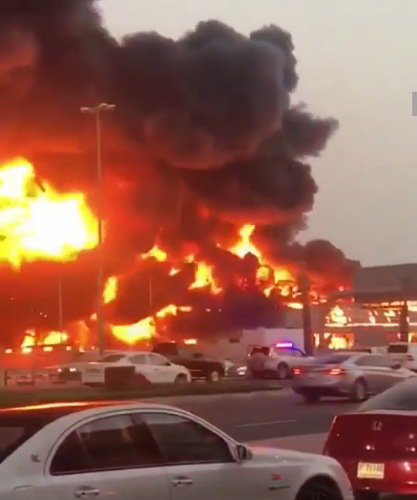 The witness told Reuters the fire, which was earlier reported by The National and Gulf News newspapers, was being tackled by emergency services.

Local officials could not immediately be reached for comment or confirmation, and no statements were carried by state media.

See another video below…

This comes few hours after the Beirut fire outbreak that claimed over a hundred lives.

As at the time of filing this report, the cause of the fire outbreak isn’t known yet.