Home Viral News FFK, others react after police reveal suicide bomber who was apprehended at...

On Sunday, a 30-year-old suspected suicide bomber was arrested at the Sabon Tasha branch of the Living Faith Church aka Winners chapel owned by popular clergyman, Bishop David Oyedepo. 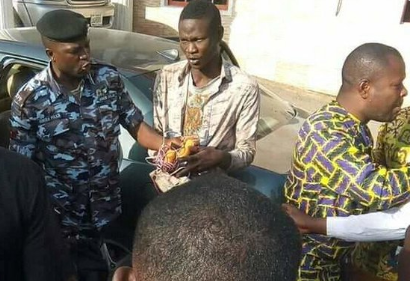 An arguement has ensued on Twitter as some Nigerians claim this is a pseudo name as no ”Christian would attempt to bomb a church.”

Former Aviation Minister, Femi Fani-Kayode, while reacting to the police statement, said anyone who believes that the suspect’s real name is Nathaniel Samuel, would need to have his or her head examined. 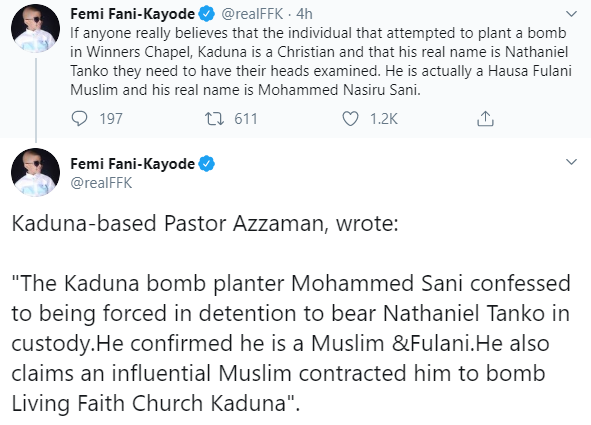 See reactions from other Nigerians below. 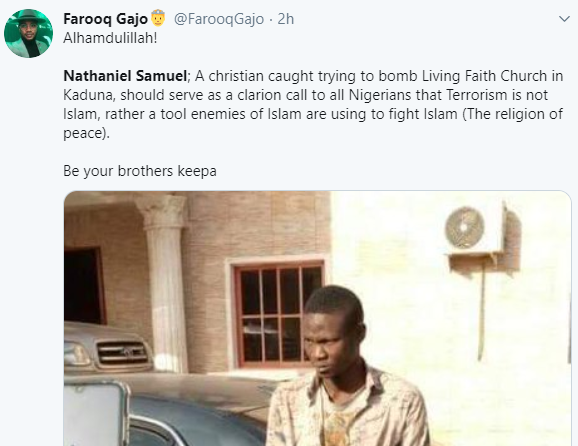 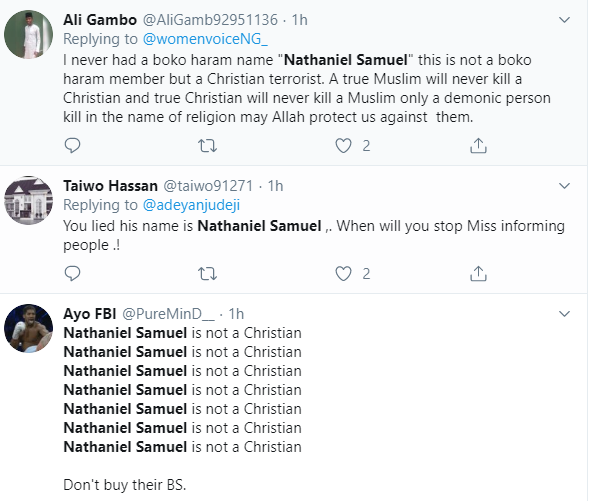 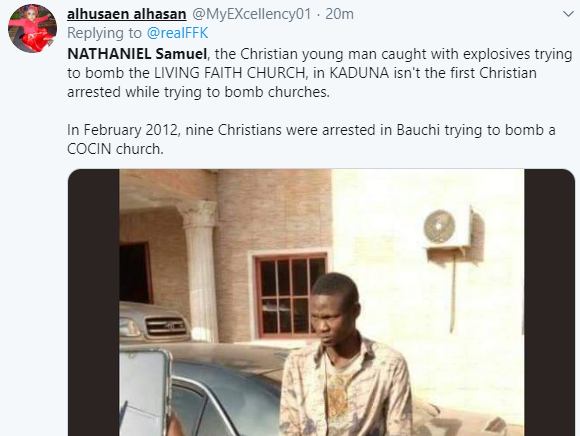 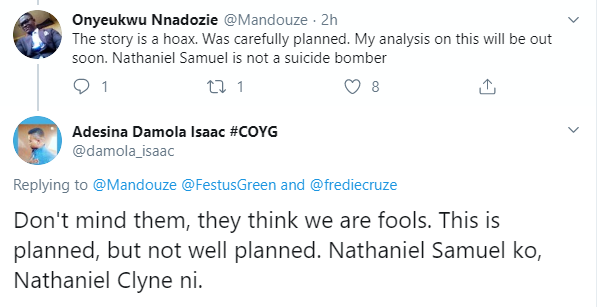 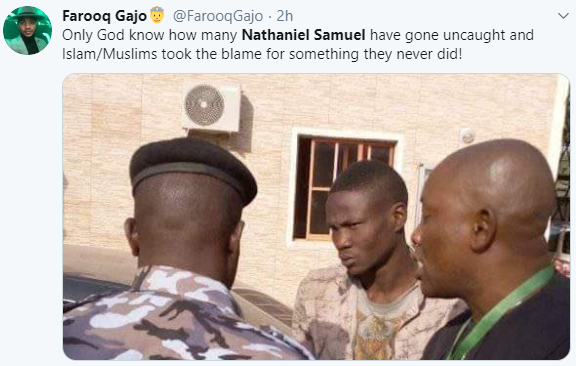 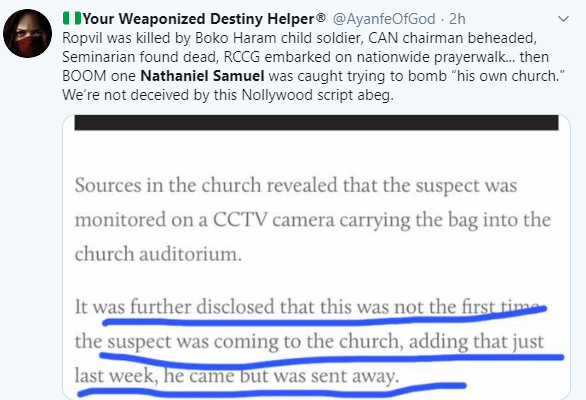 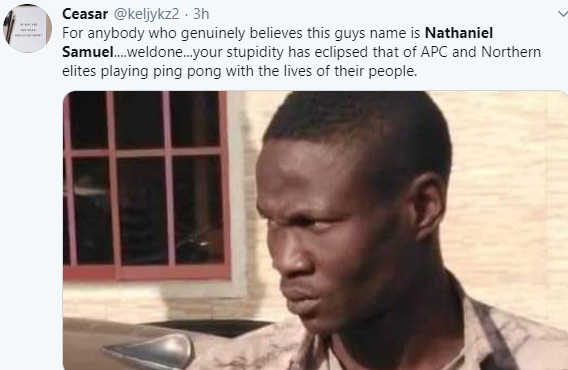