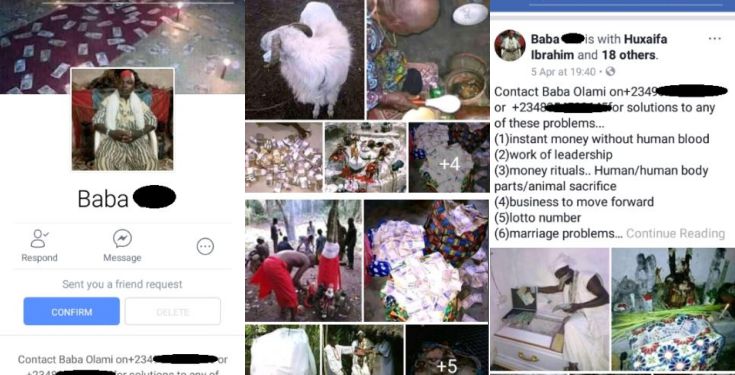 A Facebook has expressed shock after he received a friend request from a witch doctor on the platform. The witch doctor appears to own a private account and can only be found on Facebook by those who are his friends or those he sends friend requests to. 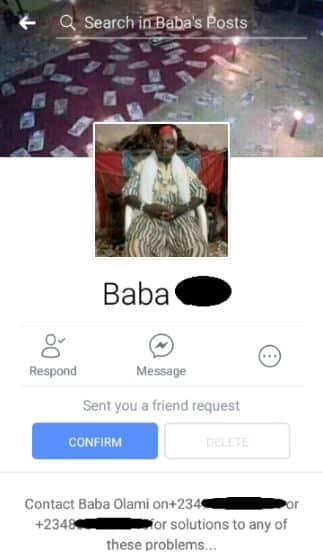 The web who received a friend request from this baba was shaken to his core after he went through the witch doctor’s Facebook account and saw a lot of fetish items, including caskets, money scattered about, animals and photos of rituals being performed. 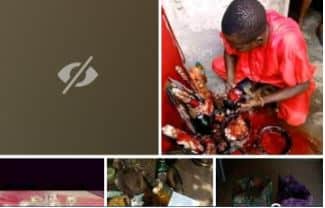 Sharing the photos to WhatsApp, the web user wrote: “Omo see me see wahala. Why would bablawo be sending me friend request?” 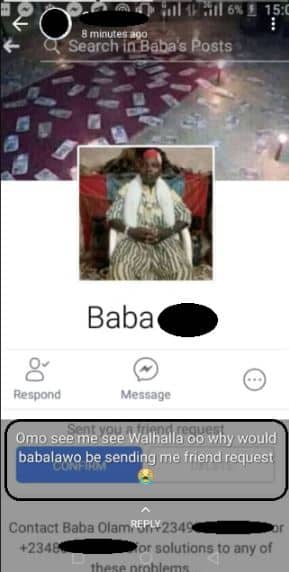 He added: “Oh Lord, what is the world turning into? So herbalist now uses internet to influence people.” 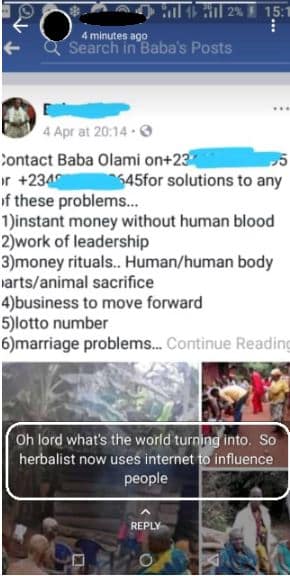 On his Facebook page, the babalawo promises the following: 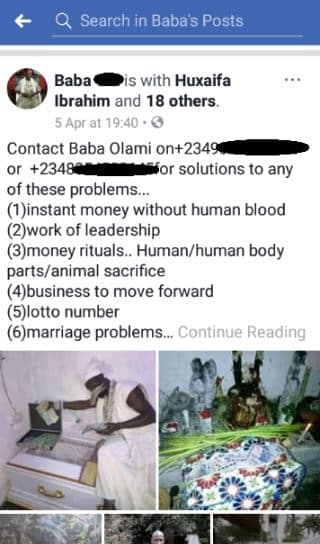 See more photos from the baba’s Facebook wall below. 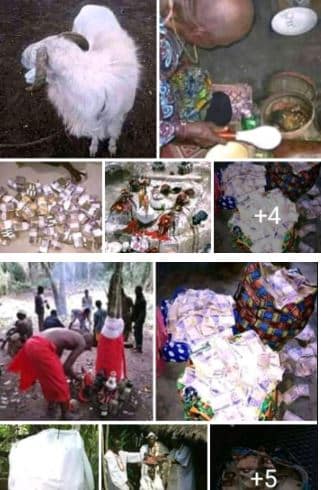 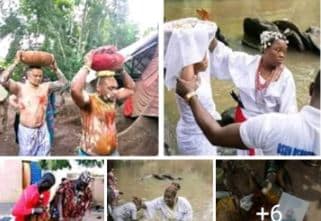 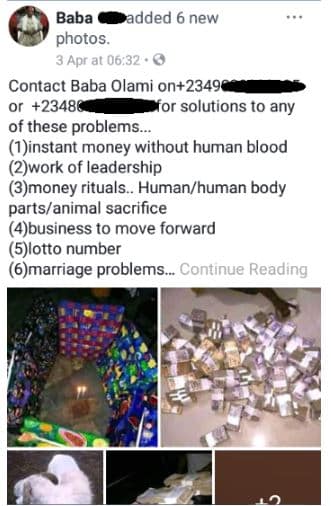 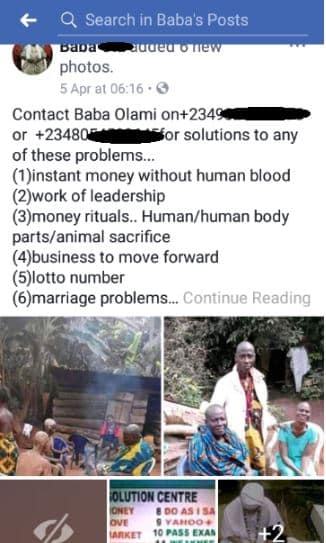