Ex-president, Olusegun Obasanjo has advised president Buhari to let the youths know that he understands their plight as #EndSARS protests heighten across Nigeria. 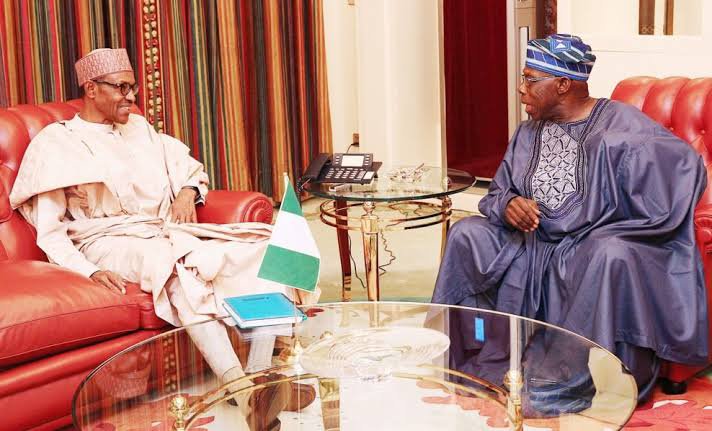 According to the ex-president, Buhari should urgently address the demands of the protesting youths, and show that his administration understands their plight.

Obasanjo, who said this in Ile Ife, during a visit to Ooni of Ife, Oba Adeyeye Ogunwusi palace, noted that, the youths are frustrated due to lack of opportunities.

He said, “More than 65 percent of our population are between the ages of 18 and 30. They are not only struggling to acquire education, they are also aspiring for the best that life can offer them.

“Some of them didn’t even get educated while those who are educated are getting frustrated because of lack of opportunities. We must realize that the lid on the boiling steam would have to be removed.