Home Viral News Driver slumps while being manhandled by a police and tax force officers... 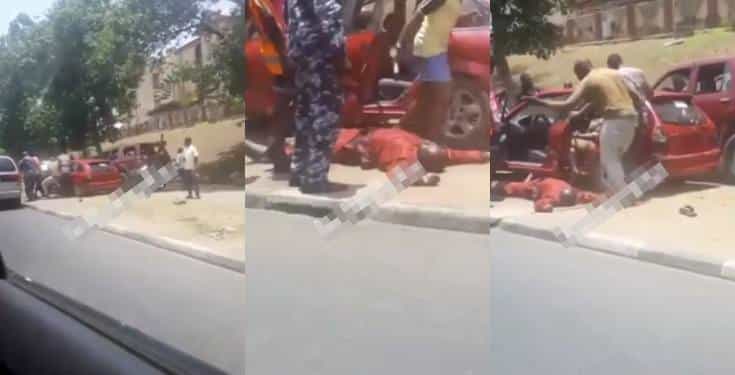 A video has emerged online, showing the shocking moment a driver slumped to the ground publicly in Abuja to the amazement of observers.

The heartbreaking happened at Zone 4, Abuja.

Local reports show that the unnamed driver had been stopped by police officers and task force officers when the incident happened. The driver was reportedly manhandled and in the process collapsed on the ground as the officers looked on in surprise.

The current condition of the driver is not known as the video ended abruptly. However, social media have expressed their anger at the development, calling for the officers behind the incident to be brought to book.