Florence Otedola Aka DJ cuppy says she can finally retire from being a DJ after achieving her dream of performing at the shrine in honour of Fela Kuti. 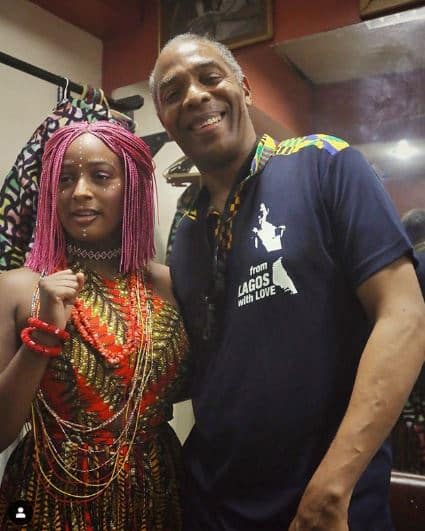 The excited female DJ who recently dropped the video of her latest single with Zlatan, Gelato, shared the photo above on her social media and expressed her excitement.

“Okay I can retire now! ? Got to DJ at the Shrine in honour of Fela Kuti ✊?? #DreamsComeTrue.” 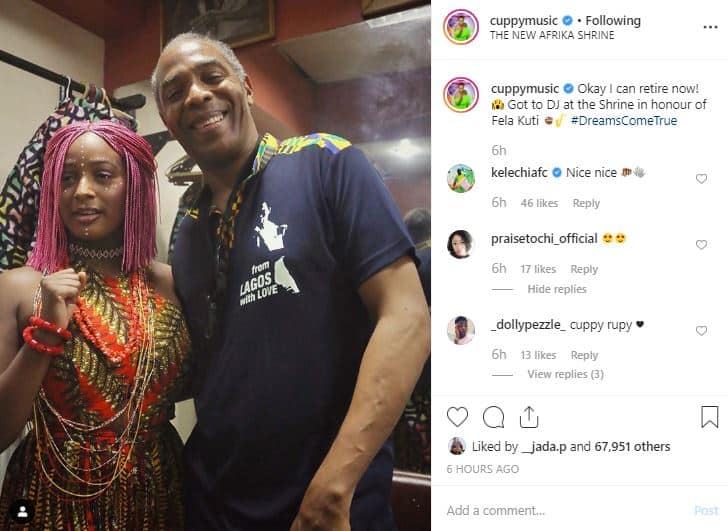