Sensational award-winning singer, Davido has responded after a Twitter user stated that he had reported his comment to Drake. 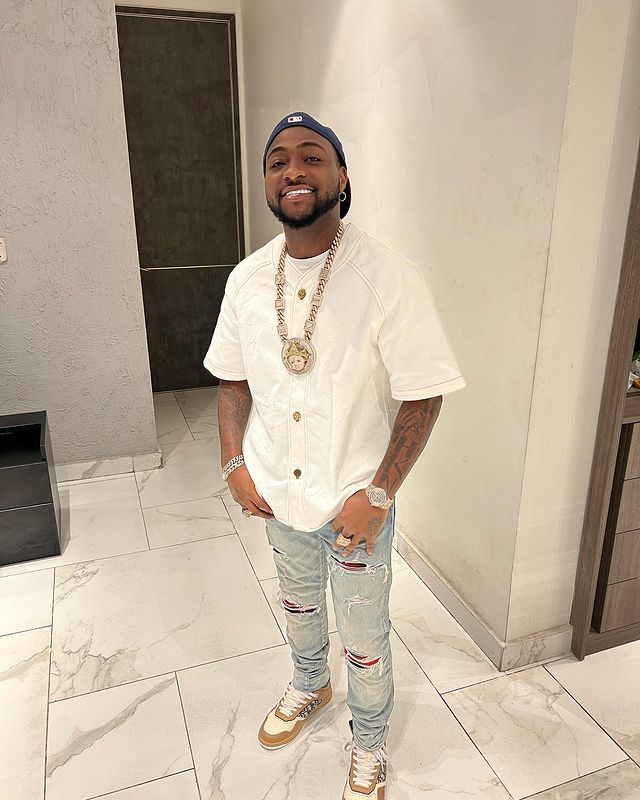 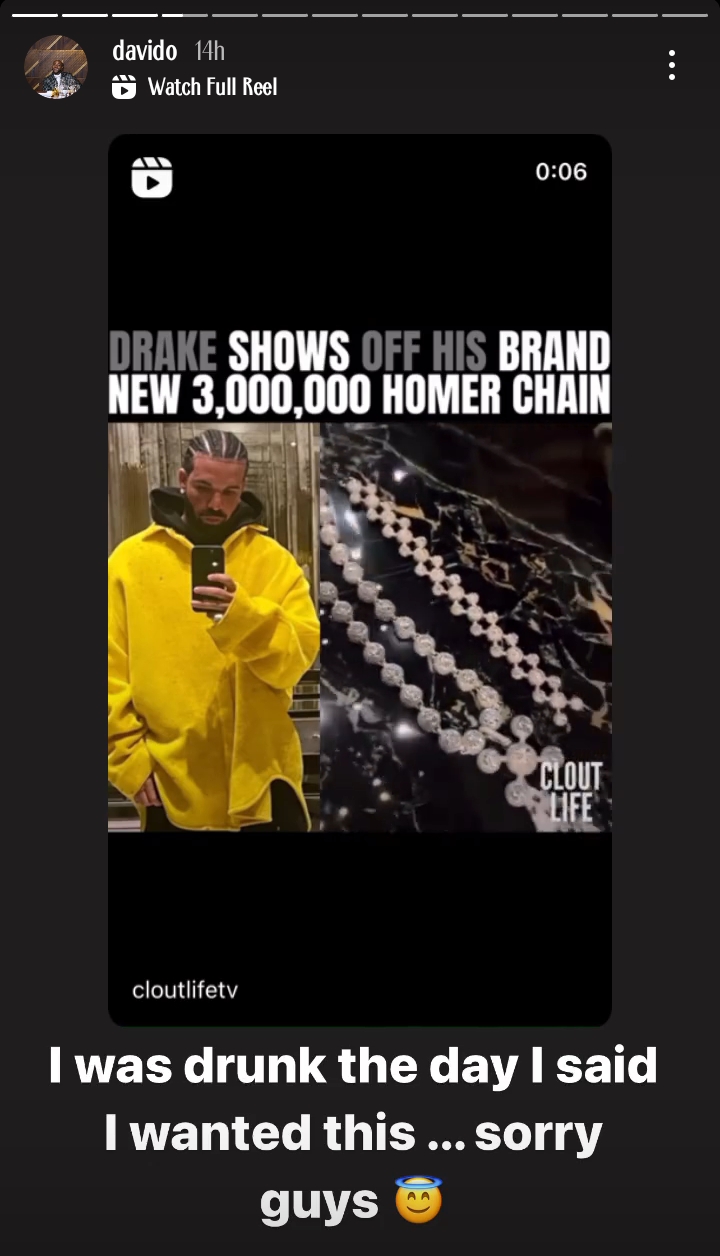 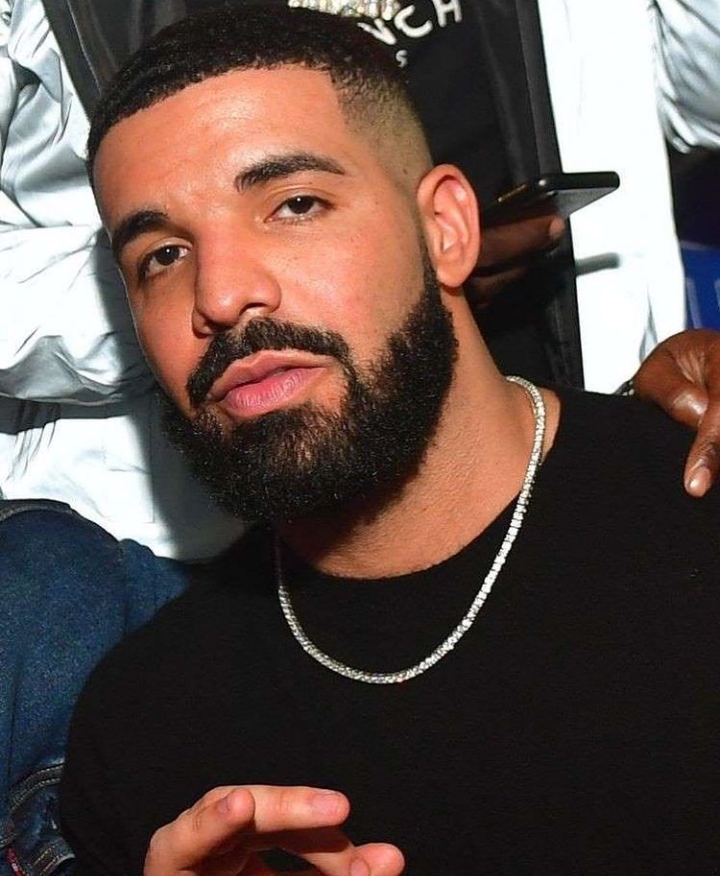 After the post was shared by the instablog, the ‘assurance’ crooner stormed the comment section, making a U-turn he said that he actually can afford the luxurious chain, but buying it would just be a dumb investment.

“See people here in the comments so happy that or think I can’t buy this… I actually can but would just be a dumb investment.”

Following that, a Twitter user identified as @lloydtweetz stated that he had notified Drake about Davido’s remark by tagging the Canadian rapper in the post.

“Wow the world is ending” 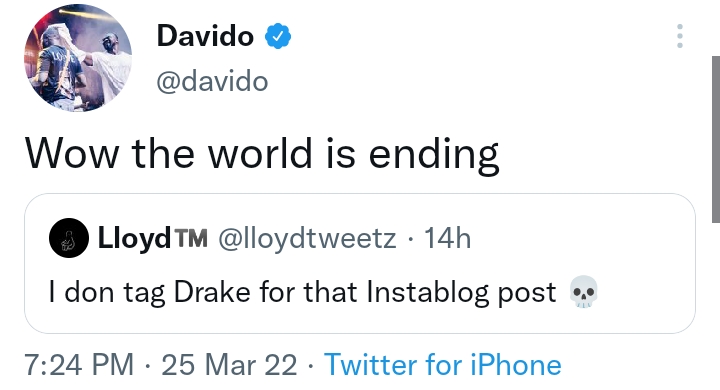