Controversial Nollywood actor, Uche Maduagwu, has taken to social media to console with Cynthia Morgan after she was ignored by Nigeria afrobeat legend, Davido. 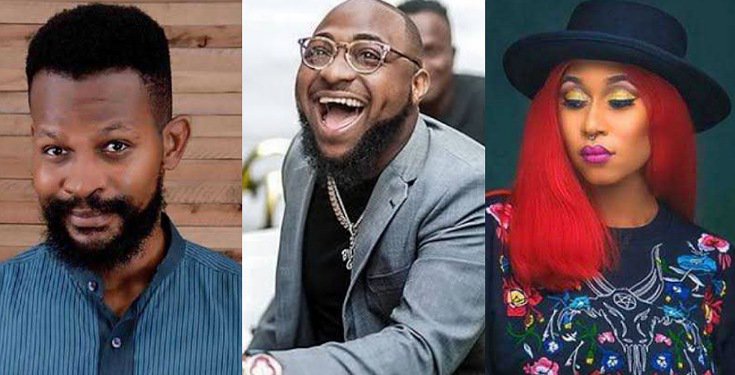 Recall Cynthia Morgan recently disclosed that Davido has refused to pick her calls or reply her messages after he asked her to call him.

Sequel to her revelation, Davido’s manager, Asa Asika has called her a liar and clout-chaser while reacting to her accusations against the “FEM” crooner.

Movie personality, Uche Maduagwu has now taken to social media to console Cynthia Morgan, advising her to take solace in the fact that Davido isn’t her God.

Writing further, Uche made her to understand that when men ignore someone, God is ever ready to make a way.

He wrote, “Dear #Cynthiamorgan Davido no be God, man can ignore you but with God all things are possible. If he can allegedly ignore marrying chioma this year even after the poor lady carry belle and born pikin for am abeg forget obo he is allegedly not himself spiritually ever since beyonce snubbed him as upcoming my papa get money singer but worked with bigger #naija singers like burnaboy, wizkid, tiwasavage, yemialade, tekno and mreazi imaging the #30billiongang disgrace and shame? If na you wetin you go do? #Beyonce separated the #fem boys from the grammy nominated men is that not a #twiceastall elevation that can only be #madeinlagos?”