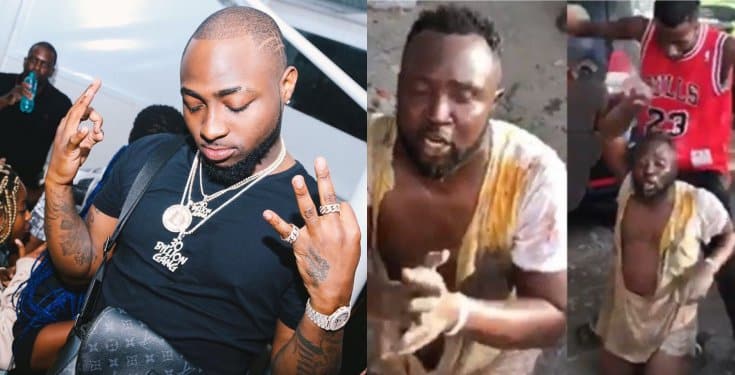 A man named Shoki Shitta was recently promised N1m by Davido after he was humiliated by Wizkid’s fans in Surulere. In a video which went viral, Shoki Shitta projected himself as a huge fan of the Nwa Baby crooner, and for this reason, he was promised the money.

Shokki was harrassed and beaten for gloating over Davido at the expense of Wizkid – the video went viral and as compensation, Davido promised to give him a million Naira. ICYMI

This is coming after Shokki Shitta released a new video saying he’s yet to receive the money although, he’s not unnerved by this as the sum of money is not new to him.