Home Entertainment News Wizkid Fans beat up Shoki Shitta after he called out Wizkid and... 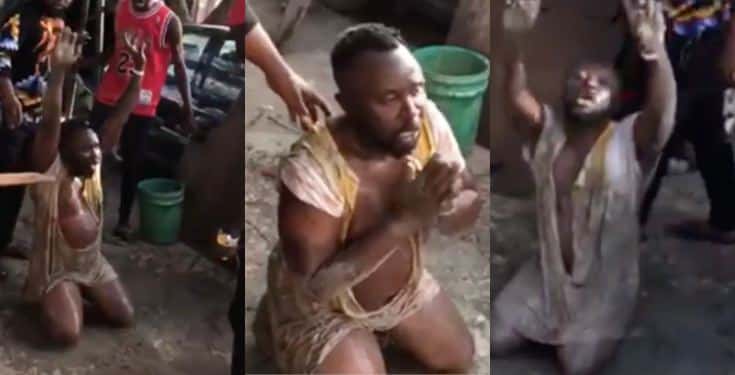 A while ago, a particular street guy took to social media to call out Nigerian singer, Wizkid who hails from the streets of Ojuelegba, Shitta that he’s lost his street cred.

The video of one Shoki Shitta had been making the rounds online, where he and his goons outed Wizkid and praised Davido, because the former didn’t settle them.

In recent reports and a new video which emerged online, more elite street guys of Shitta apparently got a hold of Shoki Shitta and as can be seen in the video, was disciplined for his actions.

It’s revealed that the said Shoki Shitta, after outing Wizkid, tailed him recently when the singer paid a visit to his sister’s food shop in Surulere and then was gotten a hold of before he was then severely dealt with.

In the video currently making the rounds online, Shoki Shitta is seen begging and taking his words back… Watch him below,

Davido got to see the video of Shoki being disciplined and so he’s decided to reach out to him as he asks that Lati give him a whooping one million Naira.

The singer who wondered if there’s anyone in his hood who could fight for him the way Wizkid’s fans fought for him said Shoki should call Lati for a whooping one million!See screenshots below,