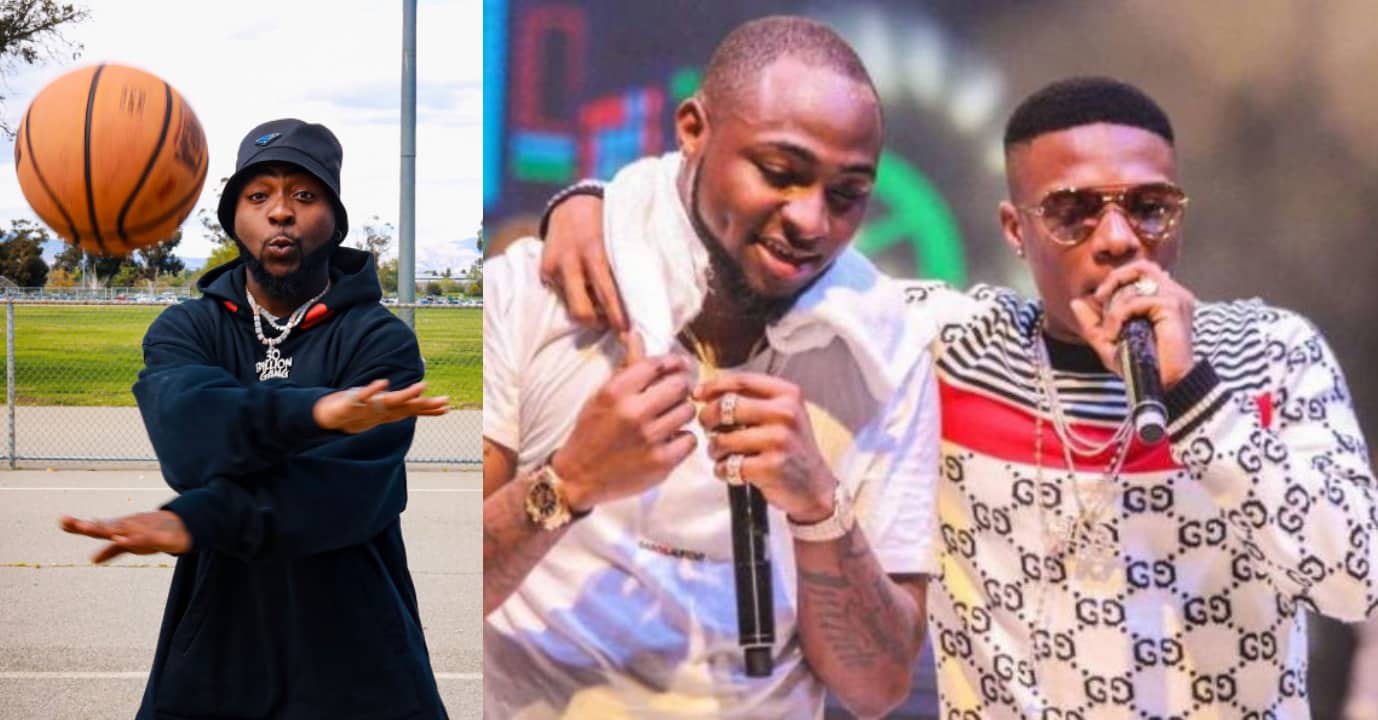 The scuffle ensued when a certain Twitter user identified with the username @irunnia_ took to the micro-blogging platform to berate Davido over the hype of his anticipated song with Nicki Minaj.

According to the troll, he wondered why Davido has been hyping the song alone without any anticipatory post coming forth from Nicki Minaj.

Writing further, he asserted that, if it were Wizkid who was set to release a song with Nicki Minaj, she would definitely post about it just like Beyonce did when it was time for “Brown Skin Girl” to drop.

He then concluded by saying Davido should admit that Wizkid “got levels”. “OBO should calm down abeg, there are levels to this sh.t” he advised.

Davido on seeing the tweet got enraged and slammed the entire Wizkid supporters whom he referred to as “Wizkid FC“, while admitting he got love for Wizkid but certainly not his fans. 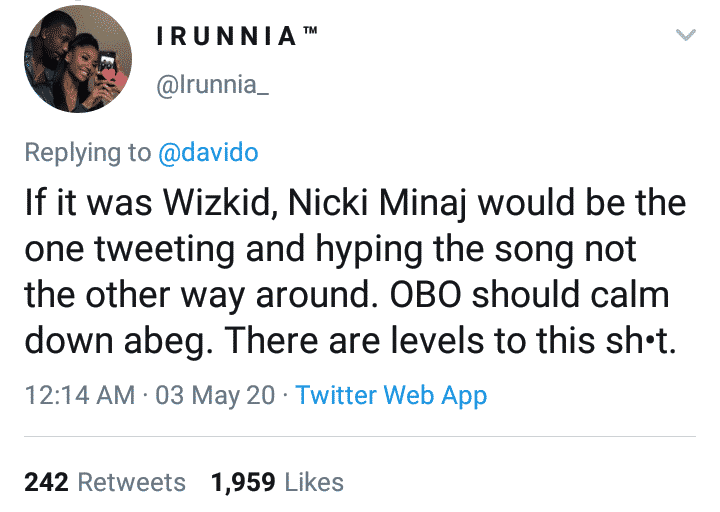 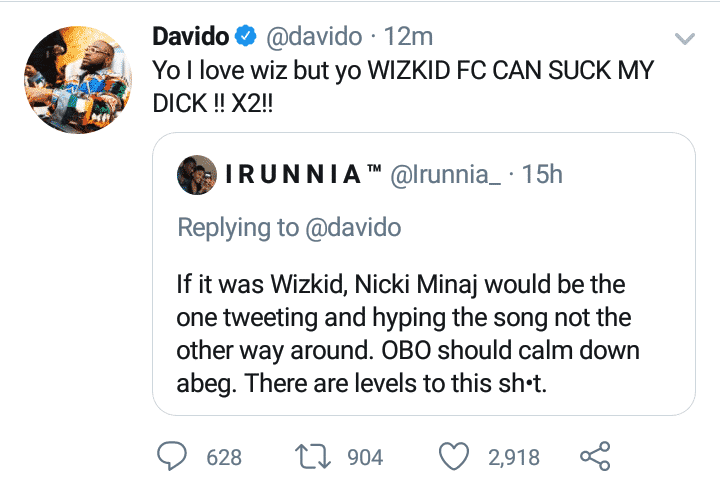