Media personality, Daddy Freeze has reacted to a viral video of pastor David Wilson eating up a female church member that appears not to be his wife.

Reacting to the video, Daddy Freeze stated that the Pastor has only succeeded in ‘raising’ the standard for men on how to ‘treat’ their women. 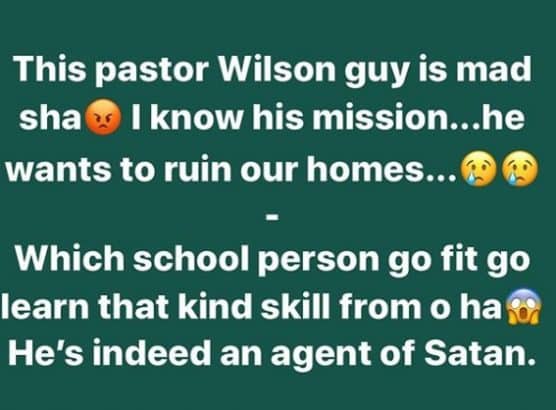 “90% of women, after bashing him for the immorality in the video, will look at their husbands and say: “Hmmm, see yasef”.

When the video broke on twitter all the women around me were like wow, this guy sabi if una too talk I go tag una for this post.

Jokes apart, after he is done serving his punishment for lewdness (I believe a one year suspension should be the minimum penalty), he should start a school where he can teach Christians in monogamous relationships how to please their partners, many of us need to learn, guys don’t be shy, admit say the guy Sabi pass you, make all of us learn so that pastor Wilson no go collect our women o! I don yarn.”