The Police in Chile are currently training dogs to help detect people infected with Covid-19 just by sniffing their sweat.

A Labrador and 3 golden retrievers aged between 4 and 5, are part of the program said to be a joint effort of the Chile’s national police, the Carabineros and specialists at the Universidad Catolica de Chile. 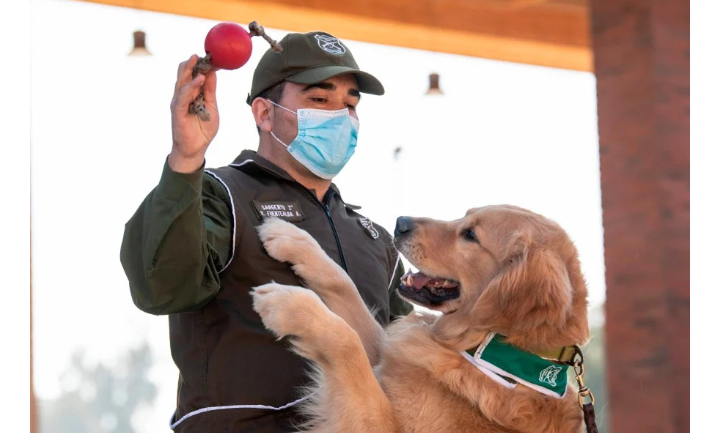 Prior to now, the dogs were specially trained and used to sniff out illicit drugs, explosives and find lost people.

According to head of the police school of specialties, Julio Santelices, the program follows in the footsteps of similar efforts taking place in France.

In his words, “The importance of this scientific study is that it will allow dogs to become biodetectors, and detect this type of illness at an early stage.”

Talking about the significance of the program, a Universidad Catolica professor of veterinary epidemiology, Fernando Mardones said;

“The virus has no smell, but rather the infection generates metabolic changes which in turn leads to the release of a particular type of sweat which is what the dog would detect.”

He also said that there is already evidence that dogs can detect diseases such as tuberculosis, parasite infections and even early stages of cancer.

The canine trainees began their education one month ago, and will use sweat samples taken from coronavirus infected persons being treated at the Universidad Catolica’s clinic. The experts hope to have the dogs trained and working in the field by August.

Scientific researches have revealed that dogs have 330 million olfactory receptors, and an ability to detect smells 50 times better than humans. They can also smell 250 people per hour.