Nigerian afrobeats singer, Wizkid has slammed his colleague, Reekado Banks, for announcing the release of an ‘old song’ they recorded together. 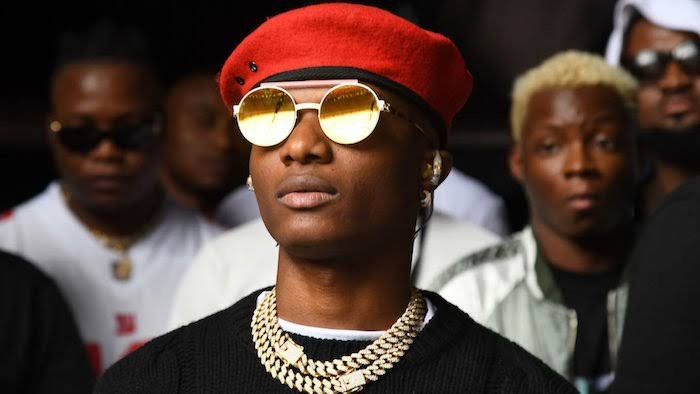 Trouble started when Reekado Banks took to Twitter to announce that he would be releasing a song he recorded with Wizkid tonight.

Apparently, Wizkid feels this isn’t right time to release songs due to the state of unrest in the country as is evident in his decision to postpone his highly anticipated album, Made In Lagos. 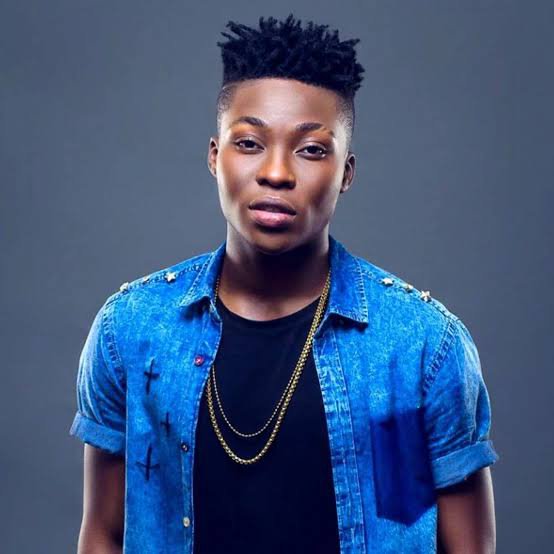 Reekado had shared a snippet on his social media page with the caption ;

Out of control, gbedu must drop. This one with my brother @wizkidayo “OMO OLOMO” midnight dropping. Still on the matter !!! #EndSWAT #EndSARS #EndPoliceBrutality

However, Wizkid shockingly blasted Reekado and told him the timing was not right.

Delete this dude ! Can’t believe you’re even doing this at a time like this. Old song ! #endsars fool! 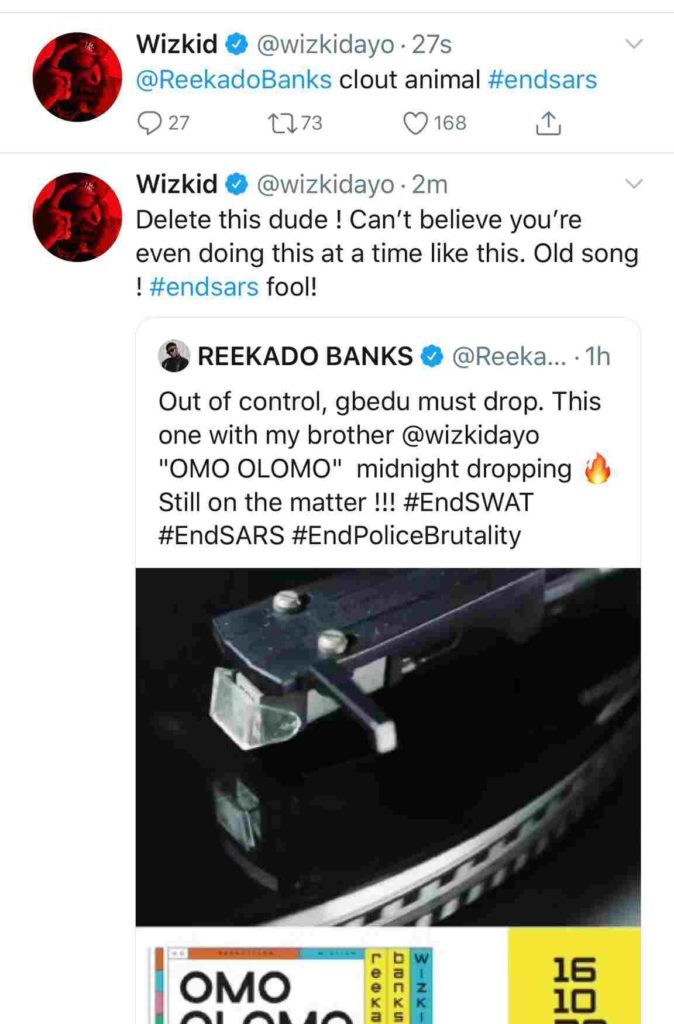