Brentford started its first topflight campaign since 1947 by stunning Arsenal 2-0 on Friday in the opening game of the Premier League season. 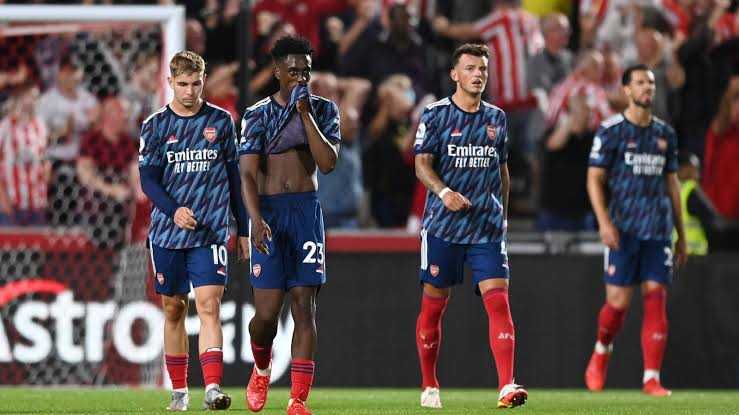 Sergi Canos put Brentford ahead in the 22nd minute and Christian Noergaard headed in the second in the 73rd after Arsenal failed to deal with a long throw-in, handing the promoted club a perfect start to life in the Premier League in front of nearly 16,500 fans at the Community Stadium.

Those fans finally had a chance to celebrate inside the stadium, which was opened last year amid the lockdown when no supporters were allowed into games.

They had waited even longer for a moment like this. Brentford’s last game in England’s top division was a 1-0 loss to Arsenal, in May 1947. Now the team is top of the league for at least an evening, ahead of the rest of the weekend’s games.

For Mikel Arteta’s Arsenal, it was another disappointing performance and a worrying start. The team only finished eighth last season and showed little sign of having sorted out its previous problems.

With strikers Pierre-Emerick Aubameyang and Alexandre Lacazette both missing, Arteta said they were feeling “unwell”. Arsenal again struggled to create any kind of clear scoring chances despite dominating possession for stretches of the game.

Arsenal next match is Chelsea FC which will  the take place at Emirate stadium on Sunday, 22 August. That’s another big derby match, we should probably keep ‘trusting the process’.