A Twitter user has taken to the microblogging platform to detail the startling incident that occurred at their home between her little brother and mum.

The little brother was caught using his mother’s phone to access the internet. When the mum took the phone forcibly from him, he retaliated, reportedly saying, “You get mind, collect phone from cultist.”

Showing him he’s still her son and still living under her room, the mother punished him by asking him to kneel down and raise his hands up.

“The drama in my house be like zee world. Isaac was using my mom’s phone to surf the internet. My mom caught him and collected her phone. Isaac say na, ‘you get mind collect phone from cultist’
Lmaooo 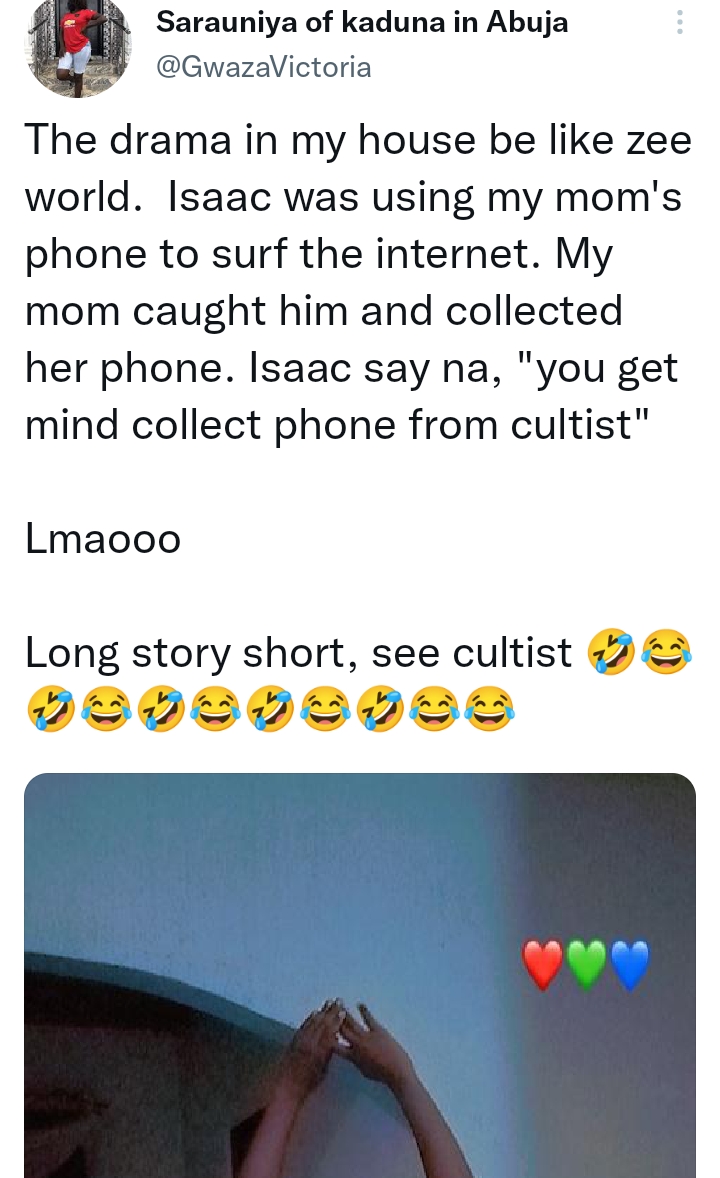