A video of a young girl who pretended to collapse after she was allegedly nabbed stealing from a provision store, has sparked reactions.

Reports claimed that the JSS1 student stole money from a provision store and was caught in the process. 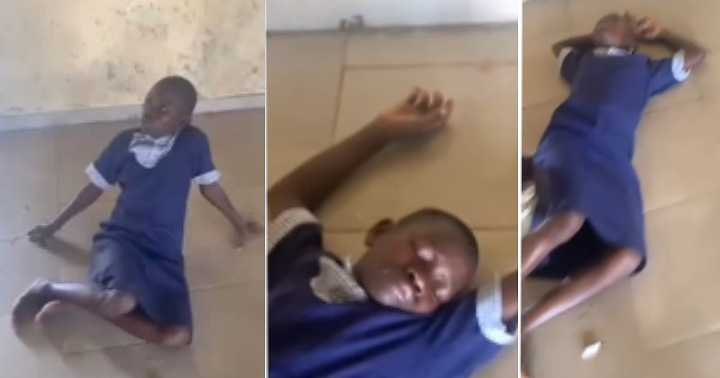 Upon interrogation and probing, the girl allegedly stated that she took the money so she can raise money to purchase a phone.

Still on the interrogation, the little girl went ahead to pretend to faint, after she was threatened to be punished mercilessly for her offence.

Reacting to this, Adamu44 said,
“You thief finish dey faint, babe you go wake up o”.