Popular crossdresser, Idris Okuneye aka Bobrisky has gifted a female fan N100k and an iPhone to thank her for her loyalty. 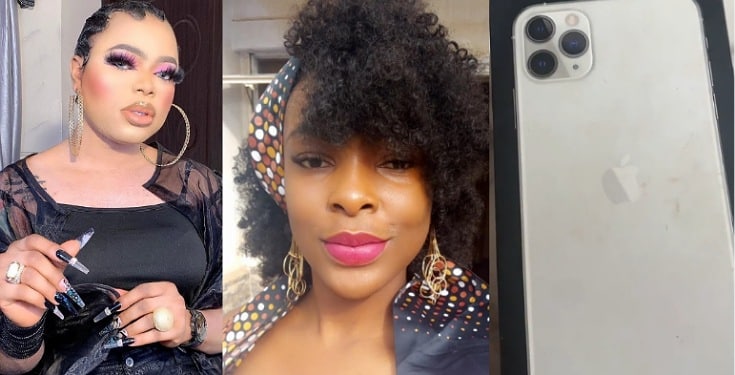 Bobrisky said the girl stood her ground and defended him when blogs were talking bad against him.

According to the male barbie, the girl identified as Chisom, showed true signs of a loyal fan with the way she defended him in front of his critics.

To show his appreciation, Bobrisky gave her his iPhone and added N100k to it, while advising her to remain a loyal fan.