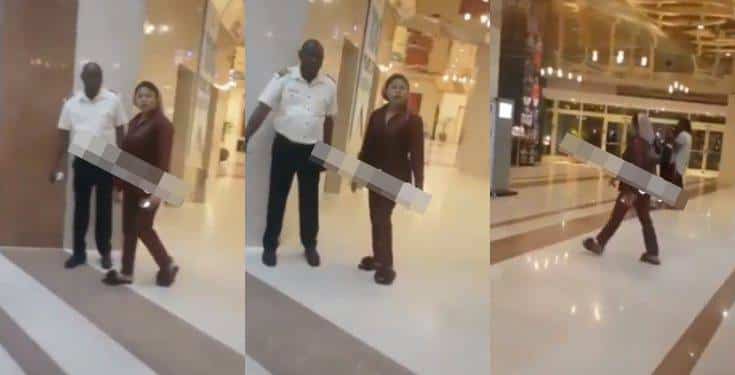 The story keeps getting more interesting with Nigerian cross-dresser, Okuneye Idris, known as Bobrisky, as she was reported harassed at a recent outing.

A video of the controversial personality being referred to as walking ‘like a girl’ at the Hilton Hotel in Abuja, the Federal capital territory, recently surfaced online.

In the video making rounds on social media, Bobrisky was harassed by an onlooker as he was being accosted by a security personnel that works at the hotel.

Recall that Bobrisky had recently revealed how she got her two breasts, noting that they can not fall.

We also understands that the cross-dresser also wants not to be compared to a boy as she had publicly declared that he is a ‘beautiful girl’.