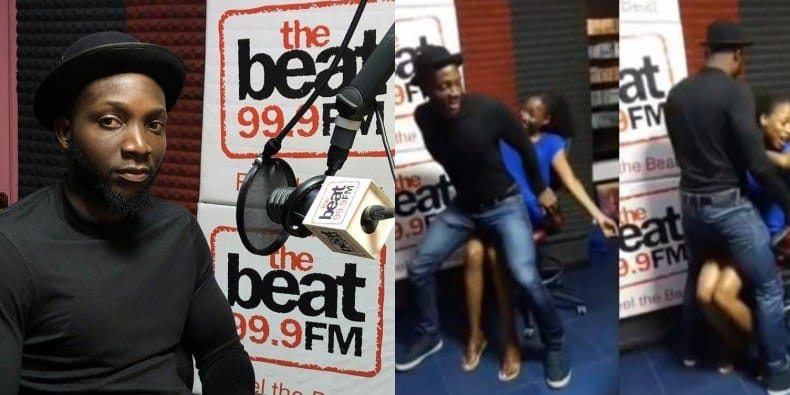 The 5th evicted housemate of the BBNaija 2019 season, Tuoyo is still giving us some of his pepper dem stripper moves even outside the house.

Just like the other evicted housemates, Kim-Oprah, Ella, Avala, and Isilomo, he has begun his media rounds and this morning, during his stop at Beat FM, he was filmed giving a lap dance to female OAP, Nadine.

See photos from his visit to Beat FM earlier today… 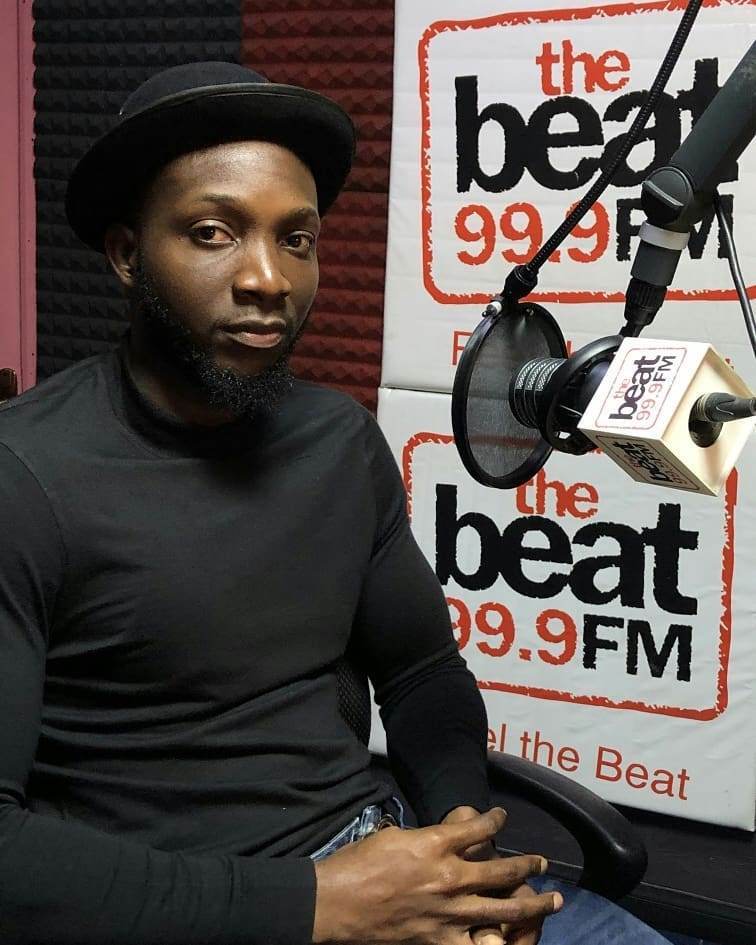 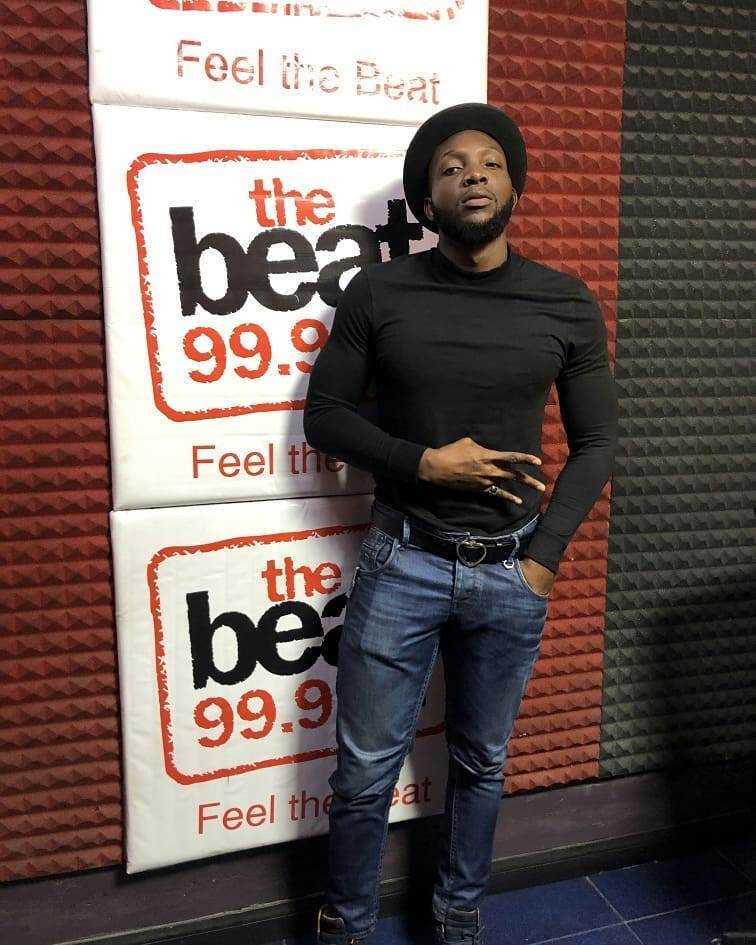 Tuoyo’s journey with the BBNaija pepper dem season came to an unexpected end on the 21st of July during the live eviction show.

Tuoyo was up for eviction alongside Mike, Tacha, Seyi, and Frodd. He had the lowest votes which got him evicted.