BBNaija season 5 star, Dorathy Bachor has finally met with the parents of her bestie, Prince Nelson Enwerem at their home in Imo state. 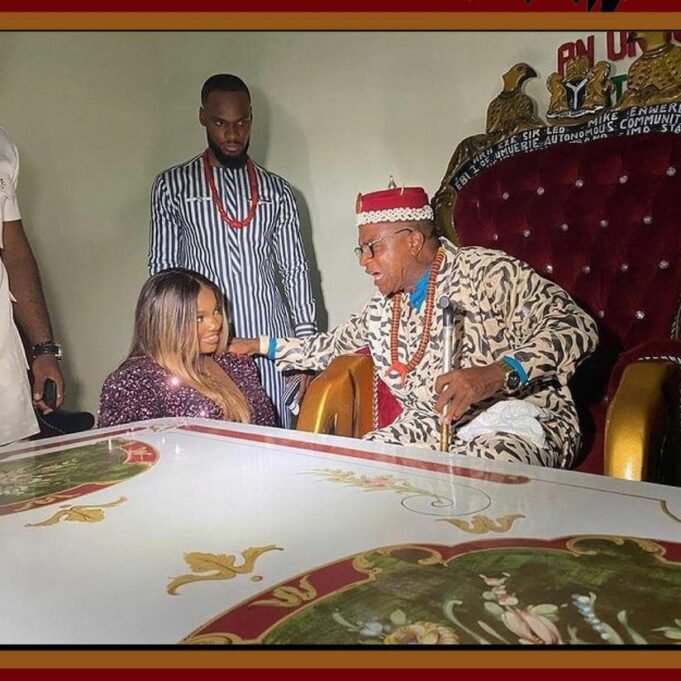 Dorathy, Prince and Tochi who happen to be ex-housemates of the most recent edition of the BBNaija reality TV show were in Imo state for a booked show.

Dorathy then seized the opportunity to get to know Prince’s home and as wellas familiarize with his parents.

The highly-publicized visit has further fueled the long existing rumor that both besties are likely to be in a romantic relationship.

In a now viral video which captured a palace setting, Prince is seen introducing Dorathy to his father who happens to be a king.

A close look at Dorathy showed the beautiful reality star was highly excited to be warmly welcomed by her friend’s parents.