Reality star, Maria Chike Benjamin is reported to have finally made a statement relating to her ongoing husband-snatching saga between her, Kelvin (Cubana Chief Priest’s sister’s husband) and Cubana Chief Priest. 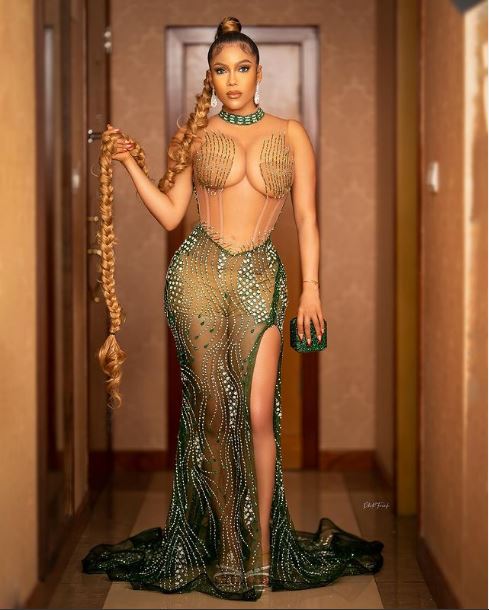 According to the famous investigative journalist, Stella Dimoko Korkus (SDK) who noted that she reached out to the 29-year-old BBNaija star, was left amazed due to the kind of response she got from Maria.

According to her, Maria laughed over the issue and merely made a positive proclamation ‘All is well’, and subsequently drew the curtain there which marvelled SDK.

Sharing her conversation with the Dubai-based reality star, she wrote:

****
We told her we would like to help her by getting her side of the trending Husband stealing story concerning her and her response threw us off balance…LOL
****
She said ”Hi, sorry all is well. Thanks for your concern”
******
Maria who is currently in Dubai has also deactivated commenting on her Instagram page.” 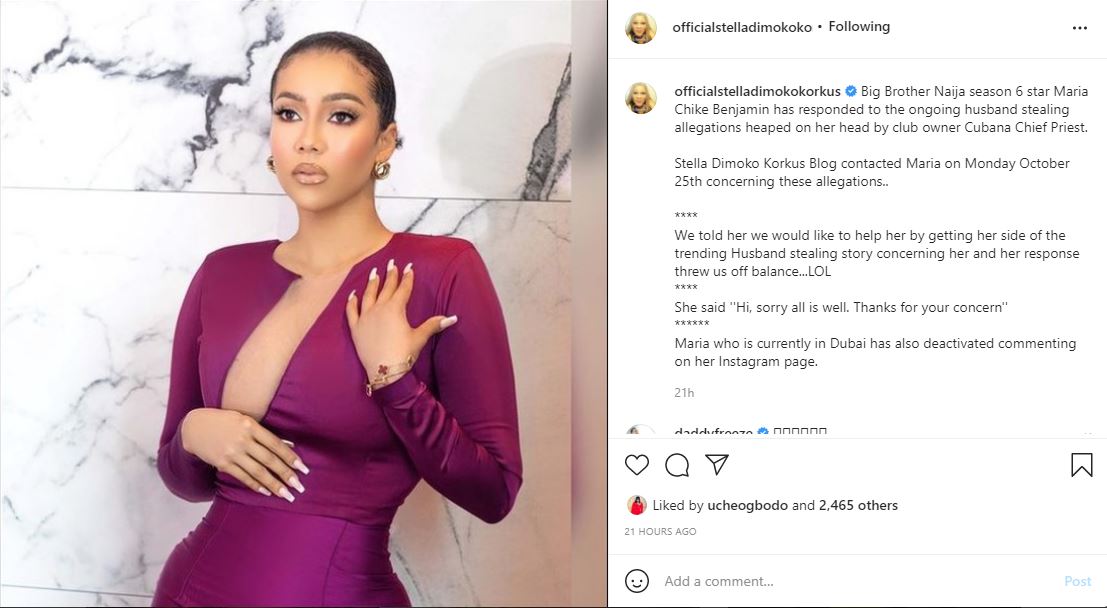