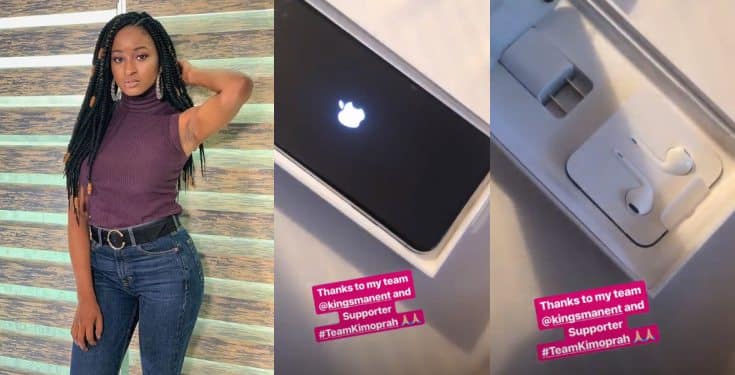 We had earlier reported that the former housemate was evicted from the house on Sunday, July 14. She had been evicted alongside fellow housemate, Ella.

KimOprah showed off a new and expensive phone on her Instagram page. She revealed that the phone was bought by her team members.

According to KimOprah, her team members contributed money to get her an expensive phone. The former housemate revealed that she lost her old phone before she entered the Big Brother Naija house.