Home BBNaija BBNaija: See what Tacha did after her disqualification (Video) 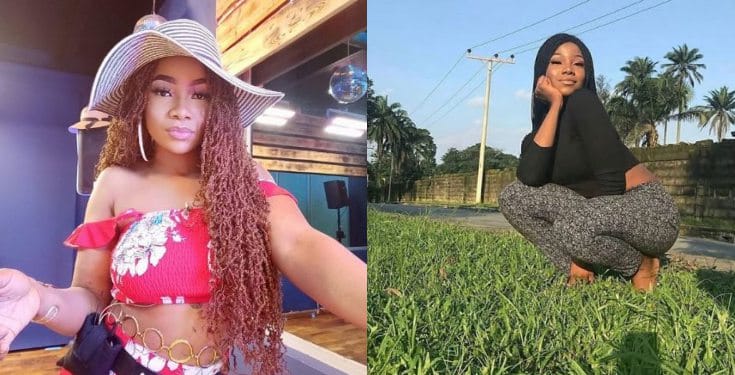 Big Brother Naija housemate Tacha exited the reality show empty-handed after she was disqualified by Biggie on Friday night.

We reported that the self-acclaimed Port Harcourt first daughter got disqualified for physically attacking fellow housemate Mercy during a fight on Friday morning.

This news medium understands that, among the rules of the Pepper Dem House, housemates are not allowed to engage in fight.

Mercy, on the other hand, was issued two strikes by Big Brother for not stepping away from a volatile situation.

Mercy and Tacha’s clash happened after Seyi, the Head of House, asked the former to come to the lounge so all housemates could read Biggie’s scroll together, but the video vixen came out late for the reading.