The President of Actors Guild of Nigeria, Emeka Rollas has said that Nollywood isn’t a dumping ground for evictees from the BBNaija show. 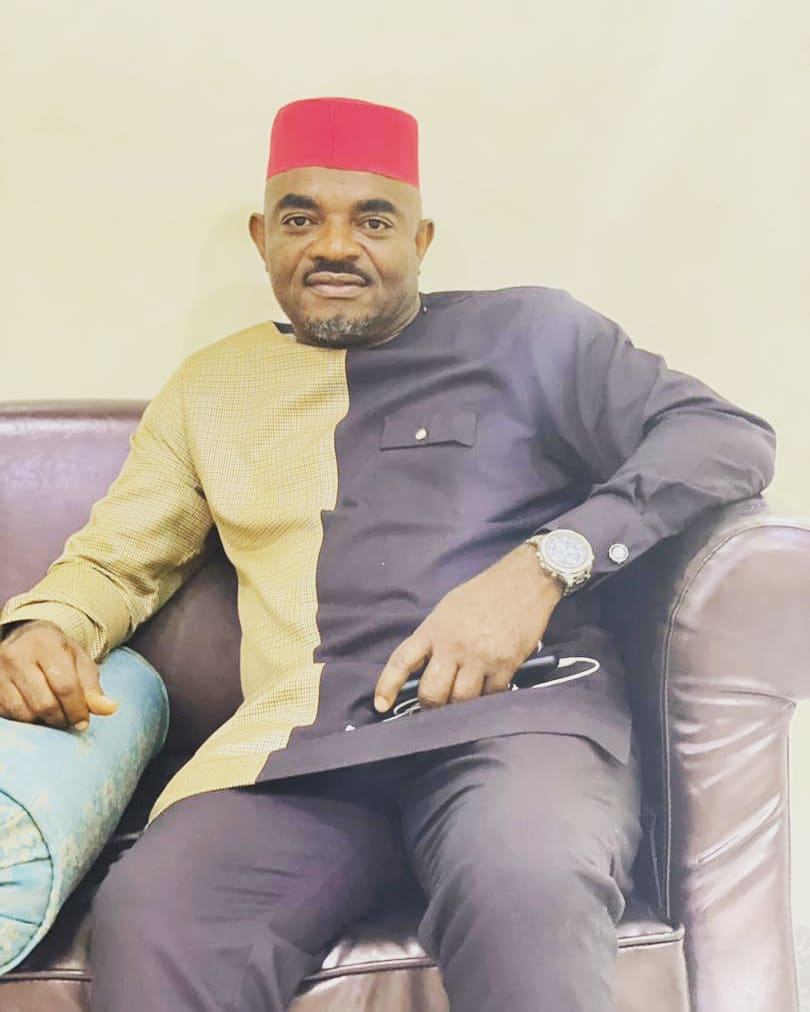 His statement is coming hours after the eviction of four housemates, namely Tega, Boma, Micheal, and Peace from the Big Brother Naija show.

According to the Actors Guild president, the Nollywood movie industry which has accepted several evicted BBNaija ex-housemates in the past into various acting roles in different movies is no longer a “dumping ground” anymore.

Emeka Rollas took to his official Instagram page to air out the latest statement. He wrote;

“Nollywood! Not a dumping ground for evictees!!!! Case closed” 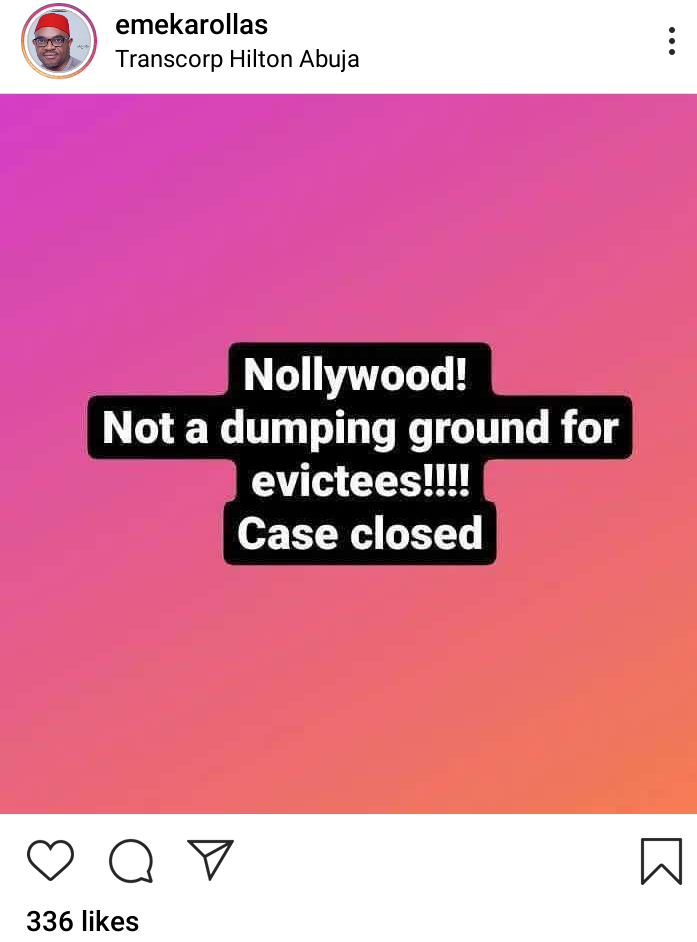