A talented young man recently presented his painting of BBNaija winner, Mercy Eke to the reality star during one of her media rounds.

It is no doubt that Mercy has won the hearts of many Nigerians. Her stay in the house showed several sides to her that left many people impressed and entertained.

Following the end of the show in which she emerged winner, Mercy has been receiving not only goodwill messages and deals, but gifts as well.

She was recently presented with a rather impressive painting of herself by a young talented artist identified as Taophic Sanni. He shared the photo of Mercy fondly called Lambo by her fans, as she received her gift painting, a broad smile on her face. 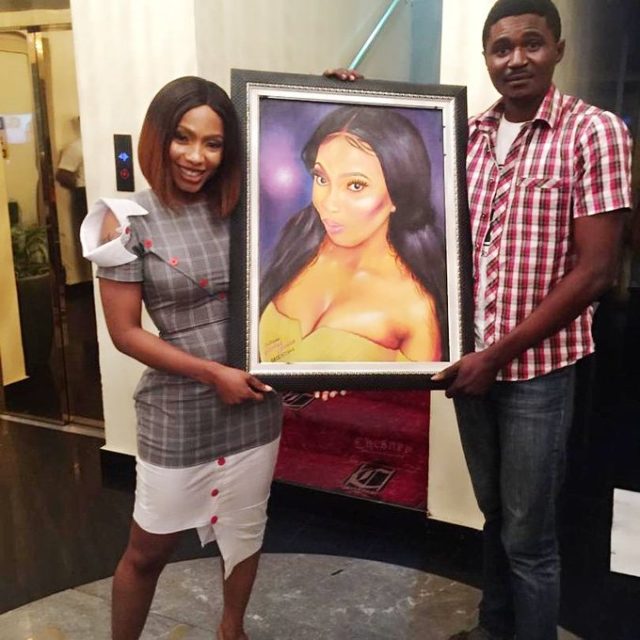