Home BBNaija #BBNaija: Dorathy loses her cool, blasts Lucy for walking out on their...

BBNaija housemate, Dorathy for the first time, lost her cool in the house, and fired at Lucy for walking out on their team. 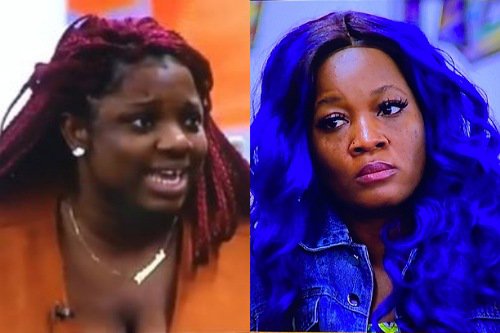 Dorathy, Neo, Lucy and the rest of the teammates were gathered, sorting things out ahead of Thursday night’s wager task.

Suddenly, Lucy walked out on them because she felt her presence wasn’t needed at the table, since her teammates refused to adopt some of her ideas in the wager task discussion.

Sequel to their refusal to adopt her ideas, Lucy walked out and headed straight to her bed.

Dorathy felt her behaviour and approach weren’t the best way to react and thus, seriously berated and slammed her in the presence of other housemates.

It looks like the road to the Thursday Night Wager Task will be littered with confrontations as #BBDorathy calls out #BBLucy for walking out on the team after her ideas on how to approach the preparations were rejected. pic.twitter.com/rDCGpvwjiV