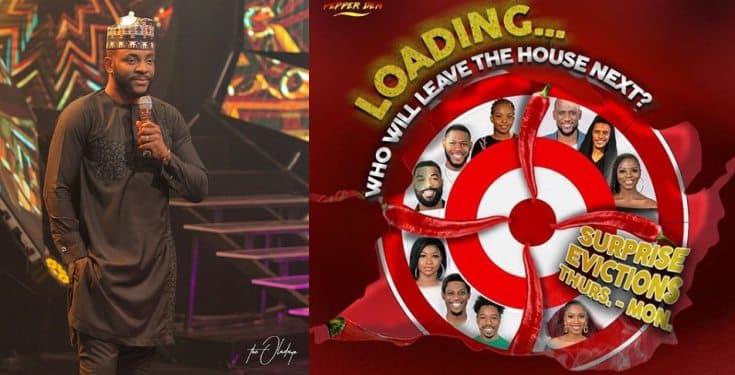 The Organisers of Big Brother Naija (BBNaija) TV show have announced that surprise eviction will begin on Thursday night.

The usual eviction happens on Sundays, but will now take place between Thursday and Monday, September 30.

Currently, there are ten housemates and three of them, Mercy, Seyi and Frodd have made it to the final rounds.

Mercy made the first and only Immunity purchase in the Pepper Dem House and this makes her the first Housemate to automatically make it to the final week without the fear of Eviction.

Frodd emerged the winner of the Ultimate ‘Veto Power Game of Chance’ in the Pepper Dem House, making him escape nomination for possible eviction.

Seyi made it to the final round after emerging the Head of House for the third time.