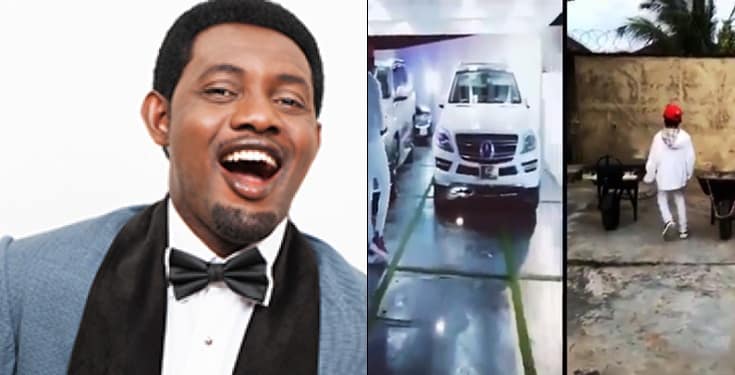 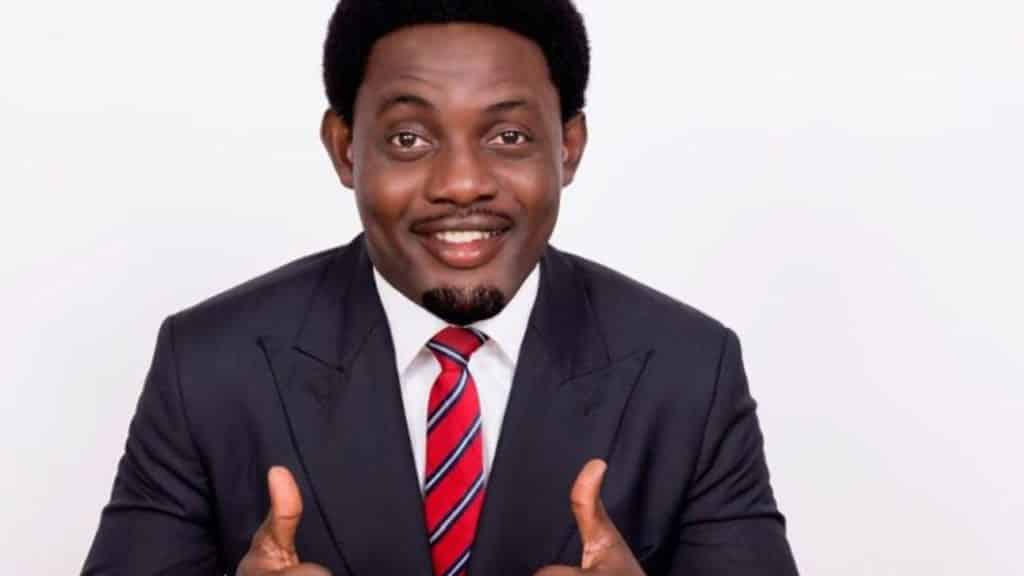 Recall that the AY broke the internet when he uploaded a video, where he was showing off his  mansion and luxurious cars, on his way to Akpororo vs Akpororo show. This made people to react, some called out the comedian, saying he is showing off too much.

But AY responded by telling them he is in the show business. And finding a funny side to the whole drama, Ikorodu bois mimicked Ayo Makun’s video. 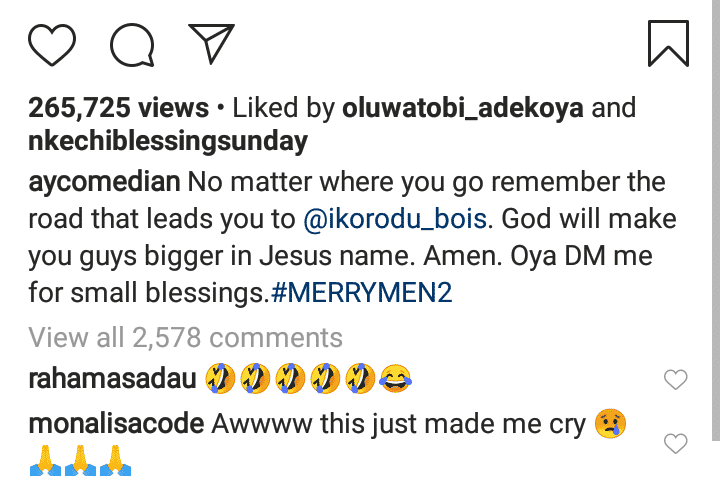