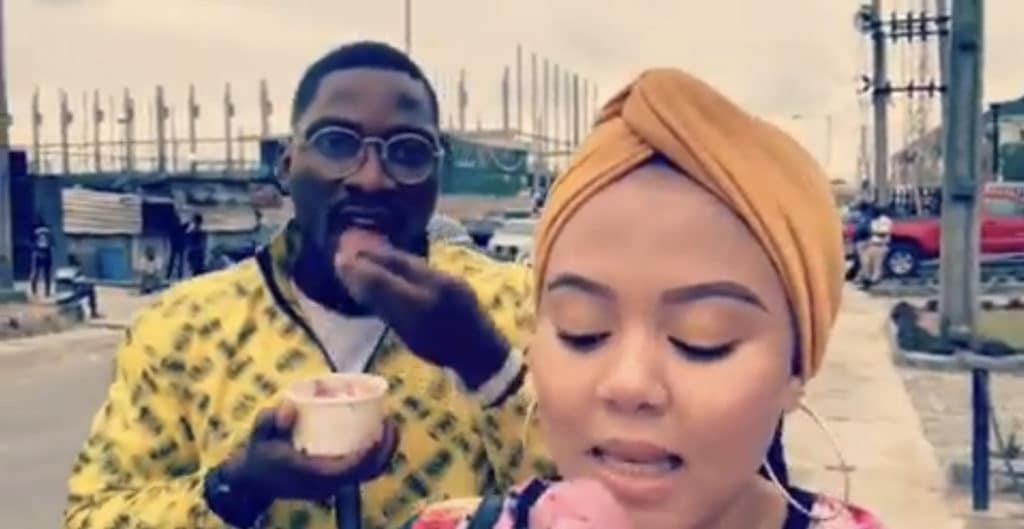 Former BBnaija housemate, Tobi Bakre and his sister in law, Mariam Bakre are on a ‘clowning’ episode.

The duo took to the streets of Lagos to mimick DJ Cuppy and her billionaire father, Femi Otedola.

The former Forte Oil mogul and his daughter made a video, where they announced to the world that they traveled to Italy to buy ice cream.

The billionaire family made a few hours stop in Italy just for ice cream and the Bakre decided to re-enact the episode which was posted to their respective IG pages.