Popular skit maker, Gloria Olorunto, better known as Maraji has affirmed that aside from the purpose of procreation, women don’t need men. 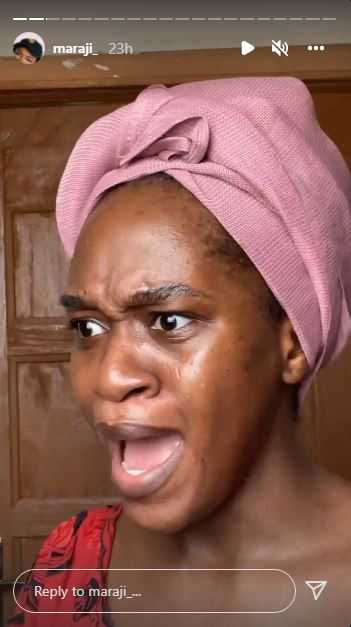 The IG content creator jokingly made this assertion while narrating what her husband recently did.

According to her, her hubby bought cow skin (Kpomo) for her to prepare Okro soup and dumped it in the kitchen without putting it in the refrigerator for preservation.

Maraji stated that this happened in the morning and after shooting her videos, she came to prepare the soup only to find the Kpomo he bought since morning in the kitchen and when she asked him he looked dumbfounded while saying he never knew he was supposed to put it in the fridge.