Home Entertainment News Another Turkish lady narrates how a Yoruba man impregnated and abandoned her... 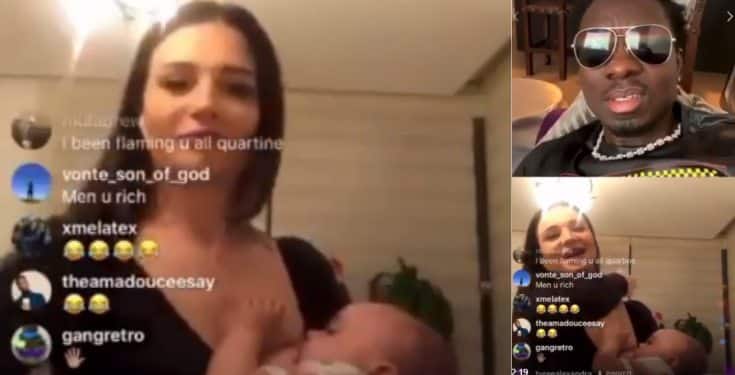 Nigerians are known to joke about a lot of things on social media including the existence of men they refer to as Yoruba demons.

Many people seem to have had negative experiences with Yoruba men who eventually treat them badly hence the alias demons.

Just recently, another Turkish lady has shared her own experience with a 42-year-old Nigerian man who hails from Ondo state.

The lady who was on Instagram live with comedian, Michael Blackson stated that the Yoruba man owns a business in Turkey and she started working with him when they started dating.

However, the romantic relationship ended after she got pregnant for him.

Speaking further, the lady revealed that the Yoruba man travelled to Germany and married his first baby mama same month he got her pregnant.

The Turkish lady also disclosed that she named her baby after an Igbo man who helped her out of  her condition.