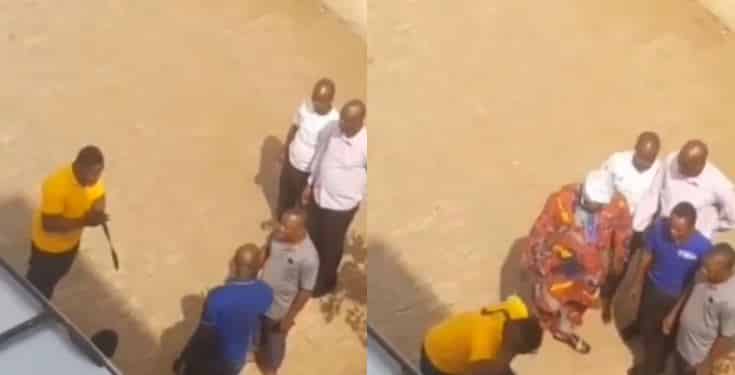 A angry Dad has got himself trending on social media after he stormed Babcock University yesterday to flog his son for allegedly scamming him.

According to reports, the student lied to his father that he needed money, about N800k, to sought some school issues. He collected the money and never did as he said. His father found out, stormed the school and gave him serious beating.

Someone narrated his experience; he wrote:This man is nice o, back then in primary school, ordinary #600 lesson fee that I lavished…my father fried me with beating and later called family meeting saying i told him i don’t want to school again but learn carpentry work. If you see begging??