Blogger, Cutiejulz has claimed that James Brown allegedly sent Mompha a message on Instagram, referring to him as “dear”.

Sharing a screenshot of the alleged chat, Cutie wrote; 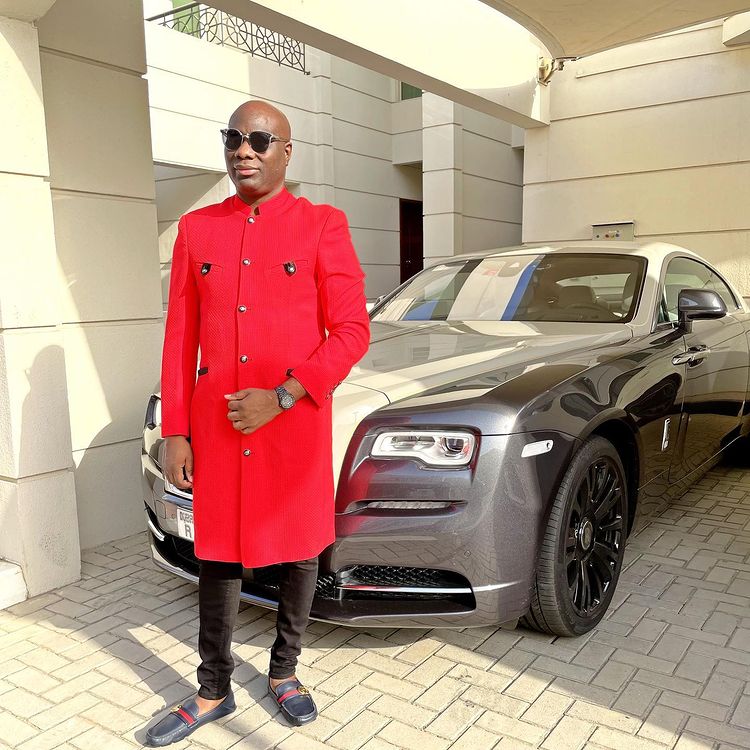 Na begging I take choke Mompha and his brothers. Especially his younger one who was ready to beat James back to sender 😩😩😩

Mompha wanted to really give it to James back by replying him with a firm warning in DM but I managed to make him understand that that will be a perfect clout content for James so it’s not best.

Na him after 2/3 phone calls Mompha managed to get his contact.

😂😂😩😩 When Mompha’s friend call and identified himself as Mompha, Omo come and see how James just changed voice. He probably thought he don hammer billionaire boo.

Omo, them give am strong warning eehn, you know what he said? That he only wants to be friends and get to know Mompha better bla bla 😩😩😩😩

Ha, Mompha vexed o. Till date anytime I dey wan worry am, I go dey bring up this issue

On a more serious note, y’all remember one time on live video when I told you that James dey waka dey shoot his shot in top Naija celebs DM any how?

Not only Mompha o.. at least I have been shown 4. I will ask from the male celebs in question to see if they will allow us post too. But this very one up there was the first message to Mompha. He was so angry that day eehn. He didn’t see it on the very day it was sent o. It was more than a yr later.

He called to say he’s heard rubbish that James had said about him. So he was going to send him DM to warn him. That was when he realised that, James has been “dearing” him long time via DM 😩😩😂😂

Abeg, from the look of things, our princess wants rich boo biko. Who is game for it, bikonu?😩😩😩

But now looking at it, I think village people sent “these community members” to come and worry Mompha sha.
This is not ordinary lmao

Should we call pastor ni or we should consult Ezenmuo ? 😩😩😩”. 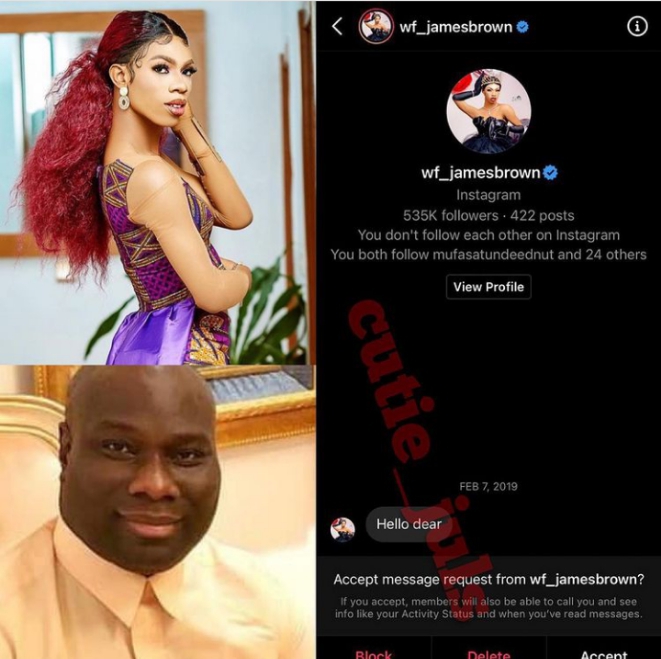